F. Lee Bailey, the infamous criminal defense attorney who most famously represented OJ Simpson as part of his defense team during his 1994-95 murder trial, died Thursday. He was 87 years old.

Bailey’s son Bendrix Bailey confirmed his death at a hospice center in Atlanta, Georgia, but did not specify a cause, the Washington Post reported.

Born Francis Lee Bailey Jr., the attorney rose to prominence when he helped acquit physician Samuel Sheppard on charges of murdering his spouse in 1954 after arguing that excessive publicity around the case didn’t allow Sheppard a fair and unbiased trial. The Sheppard acquittal set Bailey on a path to aggressively defending people accused of killing their spouses — most notably, of course, former pro football player OJ Simpson. 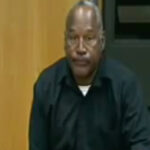 After acquitting Sheppard, Bailey went on to represent a host of high-profile alleged killers, including Albert DeSalvo, better known as the Boston Strangler who admitted to killing 13 women in the Boston area in the early 1960s. DeSalvo negotiated a shrewd deal in which DeSalvo confessed to the murders in exchange for avoiding the death penalty. That wasn’t exactly a win for Bailey, though, as he agreed to the plea deal after failing to get DeSalvo off with the insanity defense.

One of the other prominent cases Bailey lost was the case of newspaper heiress Patty Hearst, who was was put on trial in 1975 for her role driving a getaway car in a bank robbery. Hearst was convicted and sentenced to seven years in prison, but served only 22 months. Hearst was actually recognized by two different sitting presidents — Jimmy Carter, who commuted her sentence in 1977, and Bill Clinton who granted her a full pardon in 2001.

Most famously, though, F. Lee Bailey was part of the team that worked to exonerate O.J. Simpson for the charges of murdering Nicole Brown Simpson and Ron Goldman in 1994. 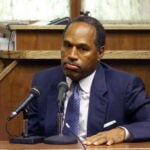 Bailey joined Simpson’s defense team right before the preliminary hearings began. He was the leading force behind encouraging the defense to cross-examine LAPD detective Mark Fuhrman and getting Fuhrman to admit in front of a racially diverse jury that he used the N-word slur to describe Black people. This searing cross-examination marred Fuhrman’s credibility and greatly damaged prosecutors’ (including Marcia Clark’s) ability to use Fuhrman as a credible witness as he eventually pled the Fifth on the stand, eventually leading to Simpson’s acquittal.

For all his courtroom victories, though, Bailey wasn’t immune to his own scandals. Throughout his career he was reportedly a heavy drinker — most notably, Simpson defense lawyer Robert Kardashian had to explain to the court that the silver flask Bailey routinely kept on the table in the courtroom was really “only coffee.”

Patty Hearst also claimed in her 1988 autobiography that she thought Bailey was intoxicated during her acquittal hearing and spilled a glass of water on himself during the trial. Bailey was arrested for drunk driving in California in 1982, a charge he angrily and vehemently denied and was eventually acquitted of thanks to fellow lawyer Robert Shapiro, who later employed him as part of the O.J. Simpson team. 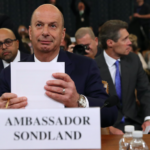 Bailey was also disbarred in Florida and Massachusetts in 2003 for what was essentially insider trading against Duboc, a company he was representing in a lawsuit. He spent a brief amount of time in jail but eventually repaid $3.5 million of an estimated $20 million he’d gained, though the entire time he maintained he did nothing wrong.

During his six weeks in prison, Bailey said he had an easy time. “I was 44 days in one wing of the jail virtually all by myself,” he said at the time. “I had an office. They treated me very well. They did not want me in the general population… I was a hero to the Blacks and anathema to that group of whites.”