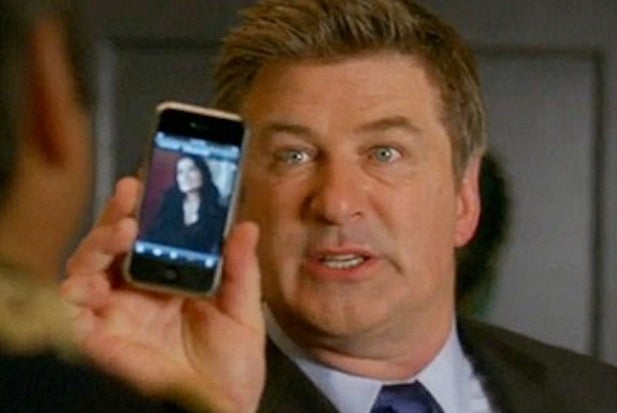 Call it the Alec Baldwin change or not, but the Federal Aviation Administration said Thursday it is altering the policy on the use of electronic devices on airplanes that got the actor kicked off an American Airlines flight in December 2011.

The FAA will begin telling the nation’s airlines that they can safely expand passenger use of portable electronic devices on flights.

Passengers will still have to put away — but not turn off — tablets, phones and laptops during actual takeoff and landings, but the government will allow the electronic devices to be used during taxi-ing.

“Today, consumers expect to use their wireless devices everywhere, and at all times,” Clyburn said. “Over the past year, the FCC has taken a number of specific actions to improve the ability of consumers to use their Wi-Fi-enabled devices aboard aircraft, and we are continuing to examine how best to promote consumers’ and businesses’ ability to use wireless devices both aboard aircraft and elsewhere.”

Baldwin was kicked off the American flight at LAX for ignoring flight attendants’ repeated requests to stop playing the game Words With Friends on a smartphone.

“On an AA flight at LAX. Alec Baldwin removed from the plane,” former MTV COO Michael J. Wolf tweeted at the time. “We had to go back to the gate. Terrible that everyone had to wait.”

Baldwin was allowed to board another American flight. The actor complained publicly about the policy, even showing up on “Saturday Night Live” to joke about the incident.

American, responding to the growing story, reached out across the Twitterverse to Baldwin to let him know they were on the case, and that they would appreciate his assistance in resolving the matter.

“@AlecBaldwin Mr. Baldwin, we are looking into this. Please DM us contact information,” the airline tweeted.

Even with its loosened policy, the FAA made it clear that passengers still won’t be able to talk on cellphones during flights unless a plane offers wifi connections.

The FAA made no mention of the Baldwin incident in announcing the change. It said it based the change on input from a group of experts that included representatives from airlines, passengers, pilots, flight attendants and the mobile technology industry.

Despite the change in the FAA’s guidance, individual airlines will decide whether and how to implement the change. The FAA said that means that the implementation of changes could be phased in.

While generally allowing use of the devices, the FAA said airlines may still take special precautions in situations in which planes are landing or taking off in bad weather.

For the record: A previous version of this story had the incorrect date of the plane incident and incorrectly stated that the flight was delayed. TheWrap regrets the error.