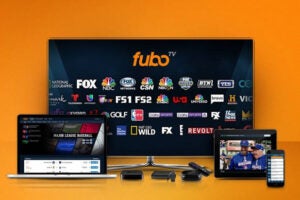 Despite Facebook Co-Founder’s Call for a Breakup, Antitrust Experts Say It’s a Long Shot – Here’s Why

”The likelihood that any court would find Facebook has thus far violated any antitrust laws is low,“ one legal scholar says

Chris Hughes, who helped Mark Zuckerberg launch Facebook out of his Harvard dorm room in 2004, is calling for the social network’s breakup — but antitrust experts think the odds of that happening are as long as MySpace’s chances of once again becoming the world’s most popular networking site.

Nicolas Petit, a visiting fellow at the Hoover Institution, added that “it’s pretty unlikely to see an antitrust breakup” of Facebook in the near future.

How could that be when Hughes wrote in the The New York Times on Thursday that Zuckerberg has built a “powerful monopoly” that’s “eclipsing all of its rivals and erasing competition from the social networking category”? Sounds like a prime candidate for federal regulators to take a whack at. And, on the surface, it certainly looks that way. Facebook alone has more than 2.3 billion monthly users, and that’s before adding in apps like Instagram and WhatsApp, which combine to add another 2.5 billion users to its network.

But according to U.S. antitrust law, Lopatka and Petit said there isn’t much of a case. Hughes pointed to the Sherman Act of 1890, the bedrock of modern U.S. antitrust law, as grounds for Facebook’s breakup. To take action, however, the act requires “two necessary ingredients,” Lopatka explained: Not only does there have to be proof Facebook is a monopoly, but you’d also have to show Facebook extended its monopoly “through anti-competitive conduct.”

He continued: “We can assume Facebook has monopoly power in the social media platform market, but that’s not enough. You still have to prove it acquired or maintains that power through anti-competitive power, and I don’t know any reason to believe that’s the case.”

Facebook bought Instagram in 2012 for $1 billion, and two years later grabbed WhatsApp for $19 billion. The moves undoubtedly helped Facebook cement its social media dominance, but experts argue they were made fairly and haven’t barred competition in the time since.

Hughes called the Federal Trade Commission’s approval of the two buyouts the federal agency’s “biggest mistake,” and urged the FTC and Justice Department to undo the deals. That might not be a great idea, Gregory Rosston, director of the Public Policy Program at Stanford University, said.

“You want to be extremely careful to do something like that, because we don’t want to penalize success,” Rosston said. “When Facebook bought Instagram, Instagram was one of several different photo-sharing sites. Is it that everybody knew Instagram was going to be the one that would be really successful as a potential competitor to Facebook? I doubt that, or the acquisition would not have been approved.”

Rosston added: “If Instagram’s success was because Facebook bought it and nurtured it into a successful site, you wouldn’t want to penalize Facebook for doing that, because that would really penalize success and that would be a bad thing to do with antitrust.” Breaking up Facebook and its network of apps would be another possibility, he said, “but you need to be very careful about what you do to not stifle incentives to build businesses and be successful.”

There are other issues with the “breakup Facebook” cries, the experts said. For one thing, Facebook behaves like a company competing for users and ad dollars, not a placid monopoly. “The investment that Facebook has put into trying to improve its service, privacy and security is not something you’d see in a monopoly,” Petit said. “Facebook is a byproduct of excessive competition. Antitrust law is actually trying to promote competition.”

And as Lopatka noted, how would you even classify Facebook to justify a breakup? It’s the preeminent social media company in the world right now, but you could just as easily categorize it as a digital advertising company. And if you do that, then it wouldn’t even be the first candidate for regulatory scrutiny.

Of course, some feel that the traditional ways to look at a monopoly don’t apply to Facebook or other modern tech giants. While the social media market was “highly competitive in the beginning, it has since consolidated in Facebook’s favor,” legal scholar Dina Srinivasan wrote in “The Antitrust Case Against Facebook” published earlier this year in the Berkeley Business Law Journal.

Today there are no adequate alternatives to Facebook, Srinivasan argued, making it a textbook monopoly. “Monopoly [exists] when any product is used by consumers and other products can’t be used interchangeably,” Srinivasan told DigiDay. “If I leave AT&T today, I can go to Verizon. But if people leave Facebook, we don’t see them using Twitter interchangeably with Facebook. Facebook looks very much like a monopoly.”

In an interview with TheWrap, Srinivasan said one “remedy” would be for Facebook to allow users to directly communicate with users on other non-Facebook apps, like Twitter, in the same way a Verizon phone can communicate with an AT&T phone.

But Lopatka argued that it’s too soon to talk about remedies since Facebook is unlikely to be declared a monopoly. “The firm that acquires a monopoly through honest competition — that does not violate the Sherman Act,” he said. “When you think about how a firm goes about or potentially acquires a monopoly, there’s two fundamental ways of doing that. One way is simply acquiring companies, and the other is by engaging in conduct that somehow imposes costs on another competitor or would-be competitor and creates and preserves it’s monopoly that way.”

That’s what separates Facebook from the most famous tech antitrust suit, Lopatka said. As the ’90s came to a close, the U.S. government accused Microsoft of illegally solidifying its personal computing monopoly through a series of anticompetitive licensing agreements with computer manufacturers and internet service providers.

The U.S. government’s 2000 victory was overturned a year later and ultimately dropped by the Justice Department. Facebook’s current dominance, according to Lopatka — who wrote about the case in”The Microsoft Case: Antitrust, High Technology, and Consumer Welfare” — isn’t close to mirroring the Microsoft example because there is no supporting evidence that Facebook has blocked other social media companies from competing against it.

Still, Hughes isn’t the only one calling for a breakup. Democratic presidential candidate and Sen. Elizabeth Warren, most notably, has proposed legislation that would downsize major tech firms like Facebook and Amazon. If something like Warren’s plan ever made it through Congress, Lopata said, “all bets are off” on whether Facebook would be hit with antitrust sanctions.