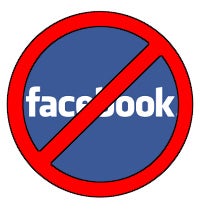 Facebook – which has appeared to be somewhat bulletproof in its previous missteps — is facing a huge problem.

Some of its 400 million users are outraged over the company’s absurdly long, confusing default, “opt-in” policy on privacy – and founder Mark Zuckerberg’s reported admission that he “doesn’t care” about your privacy, anyway.

So much so, they’ve launched a campaign (and Web site, Facebookprotest.com) urging Facebookers to log off the site on June 6 to show Zuckerberg and co. their disdain.

“On the 6th, be sure to not use Facebook connect or click any “Like” buttons: basically refrain from ALL Facebook related activity. Facebook’s real customer is the advertisers that they work with: NOT YOU.”

Even U.S. Senators are aware of the issue.

And it appears Facebook is well aware of the heat.

According to the AllFacebook.com – an “unofficial” Facebook news Web site – the company has called an “all hands meeting” scheduled for today at 4:00 p.m. (PT) “to discuss the company’s overall privacy strategy.”

”While it’s unknown what Facebook will announce during the meeting, it’s pretty obvious that changes will need to be made if Facebook is going to regain users’ trust. The most likely change will come in the form of a temporary removal of the ‘Instant Personalization’ service, or at the least, a shift to “opt-in”, something many privacy advocates have been calling for.”

Meanwhile, in an odd bit of timing, magazine publishers like Time Inc. are developing a system “letting Facebook users buy print magazine subscriptions without leaving the site or even the Facebook news feed.”

My advice to magazine publishers: Wait and see how this privacy thing shakes out. Because no one is going to want their feeds spammed with subscription offers. Perhaps not even Facebook.

UPDATE: More on the meeting, which CNET reports is not "all" hands on.