Meta has been paying one of the nation’s largest right-leaning consulting firms to undermine public perception of TikTok, the Chinese-owned social media app that’s been drawing young users away from Facebook and Instagram, according to The Washington Post.

The campaign, reported Tuesday in the Post, included attempts to influence political reporters and local politicians to trash TikTok as a threat to kids in their communications and coverage. It includes news stories, letters to the editor and lobbying meant to paint the popular social app as “dangerous.”

The consulting firm, Targeted Victory, said in internal emails obtained by the Post that it needs to “get the message out that while Meta is the current punching bag, TikTok is the real threat especially as a foreign-owned app that is #1 in sharing data that young teens are using.” 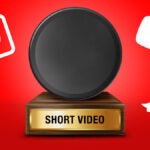 Also Read:
How TikTok Rivals Are Scrambling for a Share of the Short Video Market

Owned by Beijing-based Byte Dance, TikTok has aggressively eaten into the social-sharing market, especially for U.S. teens. Researchers at Facebook said teens were spending up to three times more time on TikTok than Instagram, according to an internal report leaked last year.

Targeted Victory acknowledged to the Post that it represented Meta for several years, but did not comment on its role other than to say it is “proud of the work we have done.”

Internal emails show the firm urged partners to influence local media stories tying TikTok to dangerous teen trends and challenges, the Post reported. “Any local examples of bad Tik/Tok trends/stories in your markets?” one staffer wrote. “Dream would be to get stories with headlines like ‘From dances to danger: how TikTok has become the most harmful social media space for kids.'” 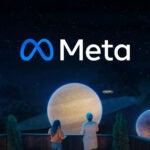 Meta did not immediately respond to an email seeking comment Tuesday. However, a Meta spokesperson told the Post: “We believe all platforms, including TikTok, should face a level of scrutiny consistent with their growing success.”

TikTok told the paper it is concerned over “the stoking of local media reports on alleged trends that have not been found on the platform.”

Targeted Victory operatives pushed stories about TikTok challenges that allegedly led to school disruptions and vandalism, leading Sen. Richard Blumenthal (D-Conn.) to call on TikTok executives to testify before a Senate subcommittee, saying the app had been “repeatedly misused and abused to promote behavior and actions that encourage harmful and destructive acts.”

But at least some of the offending challenges, like “Slap a Teacher” challenge had actually initially spread on Facebook, according to an investigation by Anna Foley at the podcast network Gimlet. 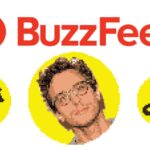 The Post also said Targeted Victory campaigns submitted opinion letters gushing about Facebook, highlighting things like its support of Black-owned businesses. The letters didn’t acknowledge Meta’s connection — a common theme among the stories that Targeted Victory helped create and amplify, according to the Post.

The Arlington, Virginia-based firm was launched in 2012 and has routinely advised Facebook since. Its website says it brings “a right-of-center perspective to solve marketing challenges” and is one of the largest firms of its kind.