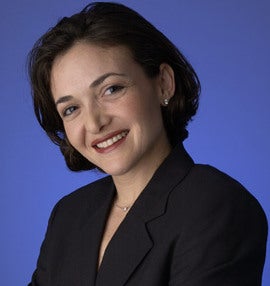 Sheryl Sandberg, chief operating officer of Facebook, has been nominated as an independent director to the the Walt Disney Company board of directors, effective upon her election at Disney’s next annual meeting.

Disney shareholders will vote on Sandberg’s nomination and the re-election of the company’s other 12 directors on March 10 at the annual meeting in San Antonio, Texas.

“Sheryl is an outstanding executive who can add incredible value to what is already a diverse and highly experienced group of directors,” John E. Pepper Jr., Disney’s chairman, said in a statement. “She brings great expertise in the online world, considerable international experience and a deep understanding of consumer behavior.”

Before joining Facebook, she was VP of global online sales and operations for Google Inc. She also is a former chief of staff at the U.S. Treasury Department and has served as a management consultant with McKinsey & Company and as an economist with the World Bank.

“Sheryl has been at the forefront of a technological revolution that’s opened up a world of new possibilities for consumers and which has greatly affected the way we do business,” Robert A. Iger, Disney president-CEO, said in a statement. “Her unique insight, born of great practical experience, will be of considerable value to Disney’s shareholders.”

Sandberg is a director of Starbucks Corp. and serves on nonprofit boards including the Brookings Institution, the AdCouncil, Women for Women International and V-Day.