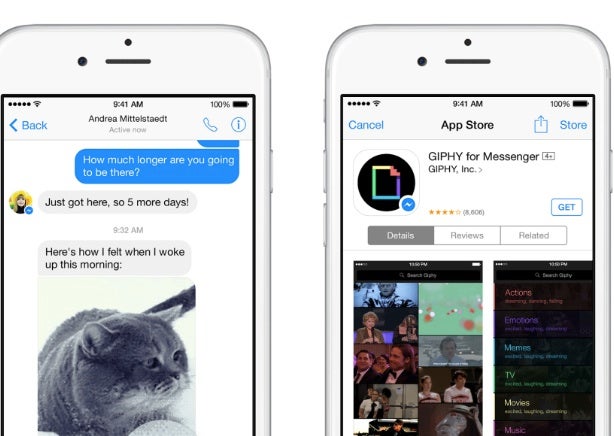 Facebook is expanding its messenger app with 50 partners in the hopes of making a major media platform, the social media site company Wednesday at the F8 developers conference.

The company announced its upgraded Facebook Messenger app will feature a range of video, voice, and location-sharing functionality. There will also be an embeddable video player, allowing users to share videos posted to Facebook or elsewhere.

“We think this service has the potential to let people express themselves in new ways,” CEO Mark Zuckerberg said.

“Thrilled to unveil what we’ve been working on for the last few months: Messenger Platform that will transform your everyday communications into fun, entertaining and engaging conversations. And Businesses on Messenger, which is the first step on the journey of reinventing how we communicate with businesses.”

Facebook says more than 600 million people use Messenger each month and will use the expanded Messenger to allow other companies to create new apps that integrate with the messaging platform.