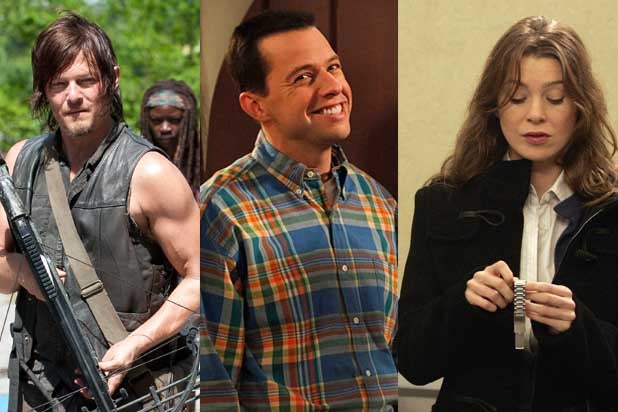 “The Walking Dead” does more than just kill off its characters — it gives Democrats and Republicans something to talk about when they’re not busy disagreeing on just about everything else.

A Facebook study analyzing politics and culture found the hit AMC drama was among the nine TV shows that have attracted a balanced amount of Facebook “likes” from both sides of the political aisle. To come to their conclusion, Facebook Data Science looked at everyone who liked the campaign page of any Democrat or Republican running for governor, U.S. Senate or U.S. House of Representatives in the midterm elections, then looked at what other pages those people liked.

Also read: ‘The Walking Dead’ Gets Back to the Business of Killing and Dying

Other shows that this country can agree on are singing competitions “The Voice” and “American Idol,” as well as CBS sitcoms “The Big Bang Theory” and “Two and a Half Men,” plus network dramas “Grey’s Anatomy” and “Criminal Minds.”

FX biker gang drama “Sons of Anarchy” also appeals to viewers, regardless of their politics.

Predictably, “SportsCenter” walked the line, while topical, opinionated programming like Fox News’ “The Kelly File” or MSNBC’s “The Rachel Maddow Show” skewed away from the middle.

Also no shocker? Comedy Central’s flagship comedy programs “The Daily Show” and “The Colbert Report” — both which regularly poke fun at conservative ideology — are only liked by those supporting Democratic candidates.

Check out the chart below: