Should we count on Silicon Valley to protect us from the ugliest, most inflammatory speech? It’s a question worth asking, after several major tech companies, including Facebook, Apple and Spotify, recently banished online conspiracy theorist Alex Jones.

Google-owned YouTube added to his misery as well, terminating Jones’ channel, which had more than 2 million subscribers, soon after. The mass-exiling severely limits Jones’ reach and amounts to a collective muzzling of the shock jock — pushing him even further out on the periphery of the public conversation.

These companies “fulfill a roll that approximates a public square,” Geoffrey King, professor of media studies at UC Berkeley, told TheWrap. “It’s a really big deal to censor content or kick someone off your platform. It’s a decision they have the power to make, but it’s not one they should be undertaking lightly, to say the least.”

The one conspicuous outlier, so far, has been Twitter. Chief executive Jack Dorsey said Twitter hasn’t banned Jones because he “hasn’t violated our rules. We’ll enforce if he does.” David Cohn, Senior Director at Advanced Digital, echoing King, told TheWrap Twitter is the last connection Jones has to the “modern-day town square.”

“He’s on Twitter, but if he was removed from Twitter, it would be virtually impossible to exist in the town square in any meaningful manner,” Cohn explained. 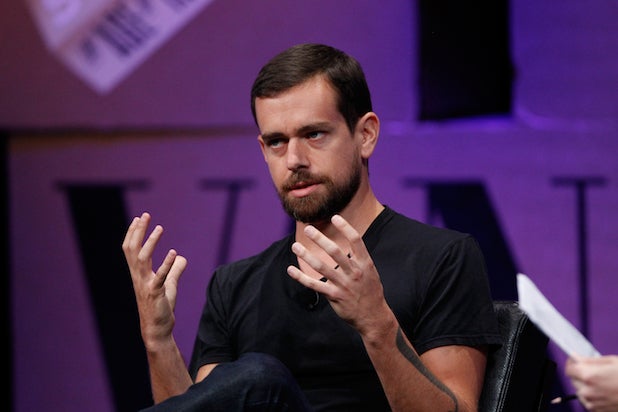 We already have Exhibit A. Just look at what happened to Milo Yiannopoulos after he was booted from Twitter two years ago. The one-time crown prince of “Make America Great Again” was making headlines on a daily basis with his college appearances in 2016. After Twitter permanently suspended him for blasting “SNL” star Leslie Jones, Yiannopoulos quickly turned into a blip on Google’s search results.

Also Read: Alex Jones Is Running Out of Platforms to Boot Him: Add MailChimp to List

There are plenty of people that would love to see that happen again. Jones is, well, a “buffoon,” as Cohn put it.  He’s said Lady Gaga’s Super Bowl performance was a covert satanic ritual. He’s said Democrats were plotting a second Civil War to take place on the Fourth of July earlier this year (that didn’t happen). Most notoriously, he’s said the Sandy Hook school shooting was a “hoax” — something he’s being sued over right now. He’s a walking meme. He’s “an empty vessel makes the loudest sound” come to life. In short: this isn’t a serious person.

But the fact that Facebook, Google, Twitter and Apple collectively hold the keys to the new town square is a serious concern.

“I just don’t think that it is the right thing to say: ‘We’re going to take someone off the platform if they get things wrong, even multiple times,'” Zuckerberg told Recode.

After initially deciding against banning InfoWars, Facebook dropped the outlet for violating its “hate speech and bullying policies”

That mindset has changed. And it sets a precedent that is “very concerning,” according to King, where tech companies capriciously silence voices it classifies as “hate speech.” Compounding matters, the companies have only vaguely pointed to what Jones said or did to receive his punishment. And it goes without saying those championing Jones’ dismissal won’t be as thrilled if or when a commentator they prefer is treated the same way.

Many have argued this doesn’t really matter. Facebook, Apple and Google are private companies. They can do as they please. The First Amendment doesn’t apply here, after all. And charitably, it can be seen as tech looking to improve the “health of public conversation,” as Dorsey has put it, by clearing out some digital trolls. That Jones’ views are so odious, it would be irresponsible to let them reach millions of people.

But big tech’s speech policing has the “potential to backfire,” according to Cohn, because it thrusts added responsibility on companies like Facebook to judge what is worthy of being seen by its massive audience.

“For a long time, Facebook hasn’t wanted to be the arbiter of truth. This definitely is a backtrack from that,” Cohn said. “Granted, they can say it’s against our terms of service. But I think it’s a fair interpretation to say, no, this is actually a platform being an arbiter for the larger civil society about what is and isn’t acceptable. And that is a position that once you take with authority, becomes hard to back away from.”

One possible solution: as Yair Rosenberg pointed out last month in The Atlantic, this doesn’t have to be a binary choice between letting trolls thrive and jettisoning them altogether. When users hit a Holocaust denial page, for example, Rosenberg suggested Facebook include a disclaimer and a link to charities or partners like the United State Holocaust Museum. This gives users the agency to judge content on their own, while allowing the companies to take a principled stance at the same time. 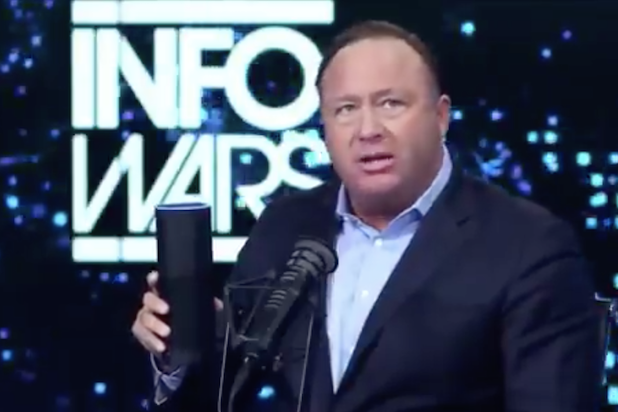 Alex Jones, seen questioning an Amazon Echo in December 2017. “Are you connected to the CIA?”

Ironically, InfoWars received an initial spike in interest after it was banned last week — rocketing up the App Store charts. The ban turned Jones into a free speech crusader and dredged up familiar complaints of Silicon Valley having a political bias. But whether Jones, like Yiannopoulos, soon fades into obscurity is immaterial. Internet crackpots — and those credulous enough to follow along — aren’t going away anytime soon. Tech companies — and in particular, Facebook, Apple, Google and Twitter — are “going to be grappling with this in perpetuity,” King said.

“This will happen again with a different Alex Jones, and the question is 1) are these platforms now saying they’ll always guard against these kind of things, and 2) are we as a polity comfortable with that?” Cohn concluded.

From what we’ve seen: the opaque rules, the arbitrary enforcement, and an overall lack of transparency, answering “no” appears justified. Silicon Valley already is the gatekeeper to the 21st century town square. It would serve its billions of users — and itself — best by not shutting out the next Alex Jones.