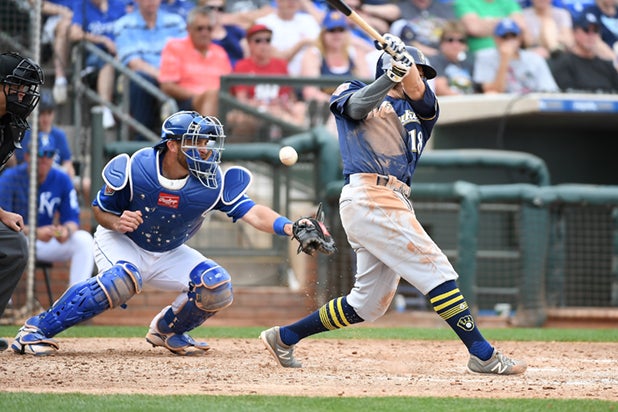 The social-networking giant has inked an exclusive deal with Major League Baseball to stream 25 weekday-afternoon games in the U.S. during the regular 2018 season, the professional sports organization announced Friday.

“This partnership with Facebook reflects the ongoing commitment of Major League Baseball and our Clubs to connect with people around the world,” said Tony Petitti, MLB’s deputy commissioner of business and media. “It is a major creative step forward in serving our diverse, passionate community of fans, who will enjoy a uniquely interactive experience watching our games on Facebook each week.”

A new competition will be available each week on Facebook Watch via the MLB Live show page, which will feature additional game-related content, including highlight packages and weekly team recaps. The first matchup is an April 4 showdown between the Philadelphia Phillies and the New York Mets.

The 25-game package will be produced by MLB Network for Facebook Watch, with the inclusion of “in-game production elements specially designed for intuitively watching, sharing and interacting” on the social media platform.

The matchups will be available for viewing globally, but not exclusive to Facebook outside the U.S.

Though the tech company teamed up with the big leagues last May, when Facebook and MLB partnered to stream 20 non-exclusive games, this agreement marks the first time the social media platform has grabbed the exclusive rights to stream competitions from one of the major U.S. sports leagues.

“We’re excited to extend our partnership with Major League Baseball to make Facebook Watch a home for exclusive, live games every week this season,” said Dan Reed, Facebook’s head of global sports partnerships. “Community and conversation are central to both baseball and Facebook, and MLB Network’s innovative broadcasts will bring these interactive and social elements of the game to life to fans around the world in new ways on our platform.”

TheWrap takes a look back at the good, the bad, and the ones that involved animals in baseball cinema history