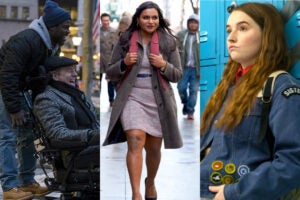 Inside the Economics of the Modern Indie Studio: Forget Home Runs, Aim for Singles and Doubles

Is Facebook’s New Cryptocurrency a ‘Bitcoin Killer’? 6 Things to Know About Libra

Is Facebook about to do to bitcoin what it did to Myspace a decade ago? It can feel that way, with the social network on Tuesday officially unveiling Libra, its new digital currency that’s backed by a number of major companies, including Mastercard and Spotify.

Libra, which has been in the works for more than a year and is still not expected to launch until early 2020, has analysts falling over themselves this week to laud Facebook. But Charlie Shrem, one of  bitcoin’s earliest evangelists and currently the host of the cryptocurrency-focused podcast “Untold Stories,” said the move is unlikely to bump bitcoin from the top of the digital currency market.

“I don’t see it as a bitcoin killer,” Shrem told TheWrap, “I see it as an alternative.”

1. Libra will be built on blockchain technology.

Blockchain essentially stacks transactions on top of each other and allows users to go back and view them later. The Libra blockchain will be managed, at least from the start, by the companies behind the currency. Each company invested at least $10 million to have a say in Libra’s governance. The white paper said it wants to eventually move towards having more nodes, or validators, as part of its blockchain governance — something that’ll make it increasingly decentralized.

2. Libra will be governed by an independent association based in Switzerland.

Founding members include Visa and Uber. Altogether, there are 28 founding members right now, and Facebook said it wants to hit 100 backers by the time the currency launches next year. Libra’s coalition of independent governors removes any user fears Facebook alone will control the currency, and attaches recognizable brand names to the product — something it hopes will lend immediate credibility to the operation.

Bitcoin’s digital ledger is different, in that it’s maintained by a network of users that verify all transactions on its blockchain, rather than having companies or a governing body confirm transactions.

After a myriad of highly-publicized data security issues in the last 18 months, Facebook clearly understands its track record may scare users away from Libra. To assuage some of those fears, Facebook has launched Calibra, a subsidiary company, “to ensure separation between social and financial data.” In other words: Libra payments will never be used by Facebook to hit users with targeted ads.

Facebook will not import contact information or other profile details, but may request Libra users do so on their own.

Also Read: Millennials Ride the Bitcoin Rollercoaster: 'I Just Did It Kind of Blindly'

4. Libra’s value will be tied to a number of assets, including the dollar, pound and euro.

Users will be able to buy Libra through Calibra, Facebook’s digital wallet, or other online wallets. The goal is to create a stable digital currency that allows billions of people to send quick payments for a small fee (something that hasn’t been finalized, yet, but is likely to cost a fraction of a cent) or buy products online.

“It’s a good bet on Facebook’s part,” Michael Queller, a Los Angeles-based securities trader, told TheWrap. “It’s really much different than any cryptocurrency in play. Unlike all the current coins that are fluctuating in value based on market supply and demand, [Libra] is going to be linked to a basket of currencies, and their goal is to make it where the value doesn’t fluctuate anymore than the dollar does.”

Stability has not been synonymous with digital currencies. Most bitcoin headlines center on the currency’s wild increases and decreases in value — something that was particularly evident during the second half of 2017, when bitcoin rushed from about $3,000 per coin to $20,000 per coin in less than six months. By avoiding rapid price swings, Libra can attract users that are intrigued by digital currencies but are put off by volatility. It also gives users that live in countries with unstable currencies or the 1.7 billion people that do not have a bank account access to a secure, stable digital currency, Libra’s white paper explained.

“We believe a Facebook cryptocurrency-based payments system could be especially useful in countries with high inflation/unstable banking systems and for cross-country remittances,” MoffettNathanson analyst Michael Nathanson said in a note to investors. “So, Facebook’s commerce ambitions do not appear to be limited to developed markets. Rather, Facebook has its eyes set on becoming the world’s leading ecommerce platform as well.”

5. Facebook hopes Libra will become its own version of PayPal for users.

Of course, this is more than an altruistic endeavor on behalf of Zuckerberg and the rest of the companies backing Libra. Think of the Libra-Facebook relationship as “what PayPal is to eBay,” Queller explained, where users are seamlessly able to buy products from Facebook Marketplace using their digital money. And more time spent browsing Facebook also means more time to hit users with ads, something David Marcus, the company’s VP of blockchain, told TechCrunch.

“If more commerce happens, then more small businesses will sell more on and off platform, and they’ll want to buy more ads on the platform so it will be good for our ads business,” Marcus said.

RBC analyst Mark Mahaney was even more bullish than Nathanson, saying in a note to investors Libra could potentially be “one of the most important initiatives in the history” of Facebook, boosting the company’s payment, commerce and gaming businesses.

Shrem, however, remains highly skeptical that Libra will make bitcoin, the grandaddy of digital currency, obsolete. Facebook’s venture, according to Shrem, undermines two core principles of bitcoin: Immutabiltity, since all bitcoin transactions are finalized and unable to be reversed, and control by a network of users rather than the financial and corporate powerhouses that are behind Libra. (Bitcoin, it’s worth pointing out, was born in the ashes of the 2008 financial crisis.)

“Bitcoin is a social experiment,” Shrem said. “It was created to be a censorship-resistent system to send value or information over the internet, where one single party or parties cannot have control over other people. And Facebook, what they’re calling their cryptocurrency, is not that.”

Shrem and Queller agree that both Libra and bitcoin “can work in harmony” together. “If anything, Libra is going to be a little bit of a boost for bitcoin because it’s just proving the whole concept of blockchain,” Queller said.

‘Silent Night’ Film Review: Brits Gather for One Last Christmas Before the Apocalypse