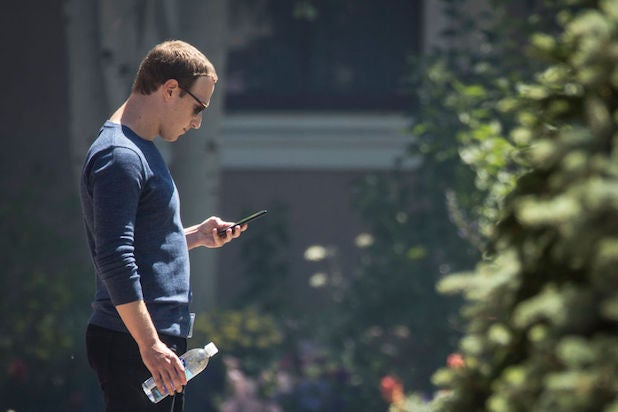 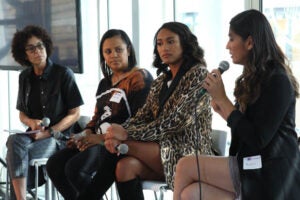 Former CBS Diversity Executive Demands Change: ‘Start With the Board and Work Your Way Down’

Copying your competitors pays off in a big way, at least for Facebook.

Mark Zuckerberg, while speaking during the company’s first quarter earnings call on Wednesday, said Facebook now has 500 million daily users of Stories, its ephemeral pictures and videos sharing feature, each day. Once you factor in Instagram and WhatsApp, which have their own versions of Stories, that number grows to 1.5 billion.

That’s an astonishing level of dominance since Snapchat — which introduced the world to Stories — only has 190 million daily active users to its first-to-market version.

The widespread adoption of Stories is a big deal for the social network; it gives Facebook, an ad-driven company, another avenue to hit users with ads. Investors noticed, with Facebook shares jumping 6% on Thursday, to $193.26 per share.

Facebook didn’t breakdown how much ads from Stories contributed to its $15.1 billion in quarterly revenue, but COO Sheryl Sandberg said 3 million advertisers are now leveraging Stories to grab user eyeballs — up from 2 million advertisers the previous quarter. Stories “are an increasingly important growth opportunity,” Sandberg added.

This comes at a critical time for Facebook. The News Feed, the company’s longtime cash cow, is waning in popularity. Users still want to share — but they don’t necessarily want their pictures and videos to linger on their accounts for years on end. Stories are the optimal choice for quickly alerting followers to a cool new restaurant you’re trying out, or sharing your reaction to the latest “Game of Thrones” episode. Zuckerberg himself seems to understand this dynamic.

“I just think of this as the future,” Zuckerberg said last October about Stories. “People want to share in ways that don’t stick around permanently and I want to make sure we fully embrace this.”

Since then, Stories have continued to gain traction at a breakneck pace — with another 500 million people becoming daily Stories users in the last 6 months across Facebook’s app network. There’s still ample room to grow, too, with Facebook reporting it now has more than 1.5 billion daily users on its trademark platform.

That’s another reason Stories are vital to Facebook. The company is still reporting healthy user growth — its daily and monthly user bases both increased 8% during Q1 — but that’s becoming tougher to repeat each quarter for a company with a sizable chunk of the world’s population already onboard. For Facebook, it’s important to not only gain users, but also give its existing users a reason to routinely checking its apps throughout the day.

That’s where Stories really pays off. Tapping Facebook and seeing the blue ring circling a friend’s profile, signaling they have a new Story — or the pink-ish ring circling user profiles on Instagram — lets users easily track what their friends are up to. It also provides a little dopamine rush for users when they post Stories, letting them periodically check to see who just watched their update.

Keeping users engaged — that’s the name of the game here. Facebook has looked for new ways to maintain engagement in recent years, with its Watch video hub being the most glaring example. Yet while its original programming has failed to connect for the most part, Stories has clearly been a success. As Post said, the fast adoption of Stories and the company’s ability to attract advertisers to the feature shows Facebook is “effectively managing the transition to Stories” from News Feed.

Earlier this decade, Zuckerberg spearheaded Facebook’s pivot from a desktop-focused company to a mobile-first strategy — a strategy that paid off in spades and pushed the company towards a half a trillion dollar market cap. Five years from now, Facebook’s embrace of Stories could be looked as an equally influential move.