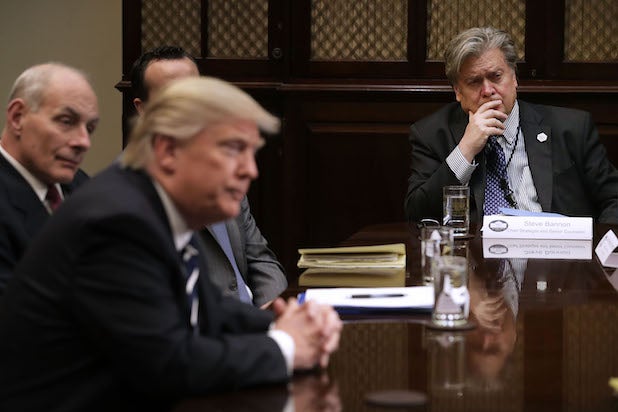 According to the Times, ahead of the 2014 midterm elections, Cambridge Analytica received a $15 million investment from Republican donor Robert Mercer, and “wooed” his political adviser Steve Bannon. You know the latter as Donald Trump’s former chief White House strategist and the ex-executive chairman of Breitbart News.

Cambridge then paid University of Cambridge psychology professor Dr. Aleksandr Kogan for Facebook user data he had collected through an app. Sharing such information is a violation of the social media website’s policy.

Kogan’s “thisisyourdigitallife” app, which was downloaded by approximately 270,000 Facebook members, was billed as “a research app used by psychologists,” and offered users a personality prediction. In doing so, a user gave consent for Kogan to access information about their location, content they “liked,” and what Mark Zuckerberg’s company qualified as some “limited information” about friends without strict privacy settings.

Facebook said on Saturday that “Kogan lied to us” by passing data collected from his app to Cambridge Analytica. Facebook said that when it learned of the violation in 2015, it removed Kogan’s app.

Furthermore, the social media platform said it “demanded certifications from Kogan and all parties he had given data to that the information had been destroyed.”

Everyone involved said they destroyed the data — though that may have been untrue, something Facebook said it found out just days ago.

“We are moving aggressively to determine the accuracy of these claims,” Facebook said.

“We are committed to vigorously enforcing our policies to protect people’s information,” it continued. “We will take whatever steps are required to see that this happens. We will take legal action if necessary to hold them responsible and accountable for any unlawful behavior.”

The New York Times said it inquired about the data’s destruction for a week, during which “Facebook downplayed the scope of the leak and questioned whether any of the data still remained out of its control.”