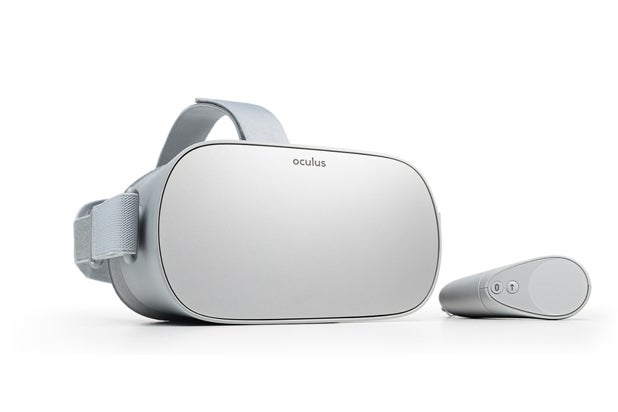 The Oculus Go, which starts at $199, will hit the market in early 2018. It has breathable fabrics and adjustable straps that the company says will fit any face — and can even be worn on top of glasses. The Go is equipped with integrated spatial audio, optimized 3-D graphics and comes with a pocket-sized handheld controller.

Multiple virtual reality executives TheWrap has spoken with over the past several months have said that the emergence of quality mobile headsets is critical to making virtual reality truly mainstream and bringing immersive experiences to the vast majority of Americans who can’t necessarily justify spending hundreds of dollars on industry standard wired headsets like the HTC Vive and Oculus Rift.

Also Read: Facebook Has a $200 Oculus VR Headset in the Works

“The [HTC] Vive is awesome and works very well,” Cosmo Scharf, the co-founder and chief experience officer of VR animation company Mindshow, told TheWrap. “But we talk to people, and the prospect of having to buy a $1,000 PC and set up this stuff in your apartment — it’s daunting.”

Wednesday’s announcement wasn’t a major surprise — Oculus, which Facebook acquired for $3 billion in 2014, had long been reported to be working on a standalone headset in the $200 range, and the developer conference was a logical place to reveal it. At the conference, the company also announced a new high-end headset, the Santa Cruz, that doesn’t need to be connected to a PC. The Santa Cruz also has four cameras on the rim of the headset that enable it to track the position of the user and its prototype controllers without external sensors.