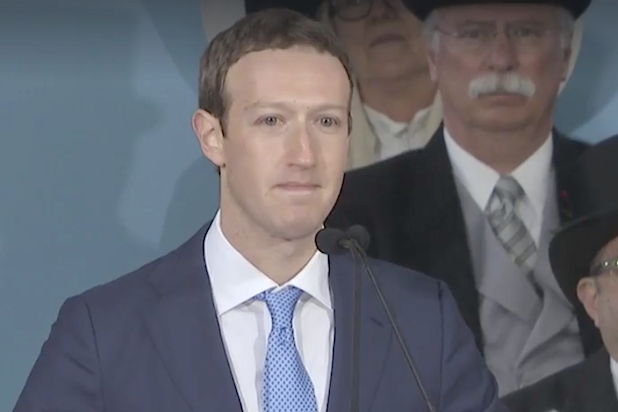 Shares of the social network are down more than 4 percent in early morning trading on Friday, following CEO Mark Zuckerberg’s announcement the social network would undergo a “major change” to the News Feed, prioritizing posts from friends and family.

“The research shows that when we use social media to connect with people we care about, it can be good for our well-being,” wrote Zuckerberg in a post on Thursday explaining the decision. “We can feel more connected and less lonely, and that correlates with long term measures of happiness and health. On the other hand, passively reading articles or watching videos — even if they’re entertaining or informative — may not be as good.”

But investors, at least initially, aren’t thrilled with spending more digital time with their loved ones. Cutting back on public posts from businesses and publishers has Wall Street concerned Facebook won’t continue to rake in as much ad revenue.

The change is expected to roll out in the next few months. BuzzFeed’s Alex Kantrowitz pointed out the adjustment will look to prioritize comments, rather than shares; Facebook noticed scrolling through the site without interactions was making people feel worse.

The change to News Feed comes on the heels of Zuckerberg’s pledge last week to make the platform more welcoming to users in 2018. 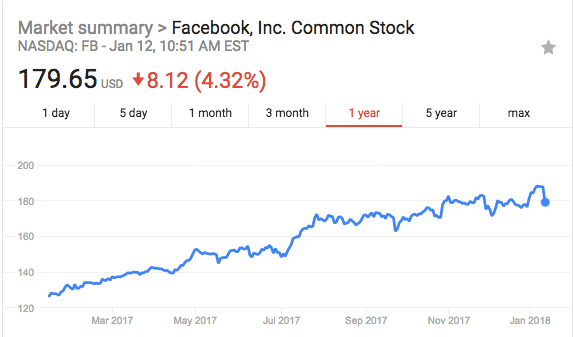 Facebook opened Friday’s trading down more than 5 percent, before slightly bouncing back. Prior to the dip, the company had recently soared to a new all-time high of about $188 a share. Over the last year, shares of Facebook are up 42 percent.