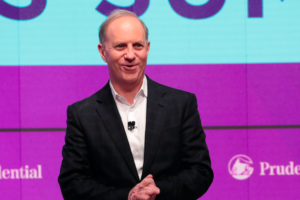 Facebook narrowly topped analyst projections when it reported $17.7 billion in Q1 revenue on Wednesday, but the social network sounded an alarm at the same time, saying its business faces “unprecedented uncertainty” due to COVID-19.

CEO Mark Zuckerberg, speaking on the company’s earnings call Wednesday afternoon, said he is concerned the economic fallout could be even more severe if social distancing measures are lifted too early.

“I worry that this could be worse than at least some people are predicting,” Zuckerberg said.

And yet, Facebook’s stock price continued to dart higher on Thursday morning, increasing 5% to $204 per share. Over the last month, Facebook has completely rebounded from a mid-March swoon that dropped the company’s stock price below $150 per share.

What’s behind the Wall Street boost?

According to analysts on Thursday, the answer appears to be: Hey, it could’ve been a lot worse.

Goldman Sachs, in a note to clients led by analyst Heather Bellini, said Facebook’s Q1 report was “better than feared.”

In the note, Goldman Sachs pointed to Facebook’s acknowledgment, in its letter to shareholders, that the company had seen a “significant reduction” in the demand for ads during the last few weeks of March — obviously a red flag for any company largely dependent on ad revenue. But the Goldman Sachs team believed that ominous sign was offset by Facebook saying April ad sales had started showing “signs of stability,” plus the company just enjoyed a strong quarter in terms of user growth and engagement; Facebook’s daily active users grew 11% year-over-year to 1.73 billion overall, and the company said its engagement had spiked due to widespread stay-at-home orders.

That tradeoff, at least for now, was good enough for Goldman Sachs to increase its price target to $220 — right around Facebook’s all-time high.

“Management noted they experienced a significant reduction in demand for advertising, as well as a decline in ad pricing over the last three weeks of [the first quarter],” the Goldman Sachs analysts said. “On the other hand, user growth on the platform increased above our raised expectations due to shelter-in-place orders.”

Oppenheimer analyst Jason Helfstein appeared to agree, and even went a step further, upping his price target to $240 following Facebook’s earnings. Helfstein indicated that if there’s a global advertising downturn, Facebook is still better positioned than others to attract advertisers — going as far as to predict the movement of ad dollars from TV to digital will only accelerate because of the pandemic. Facebook’s “dynamic ad targeting,” coupled with its April ad performance trumping that of other digital advertising platforms, “would suggest this pandemic will accelerate from linear TV to Facebook’s 3 billion users,” Helfstein said, referencing Facebook’s family of apps — Facebook, Messenger, Instagram and WeChat —  having nearly 3 billion total users by the end of Q1.

There almost seems to be a disconnect between analysts and Facebook, with the former saying they’re encouraged by Facebook’s relatively Teflon status, while company execs are cautioning the road ahead could be difficult. Case in point: Facebook CFO Dave Wehner, on the company’s earnings call, warned there’s “potential for an even more severe advertising industry contraction.” Wehner added there’s been a noticeable decline in travel and auto ad sales because of the pandemic.

But again, “stable” seems to be good enough for analysts when it comes to the current economic situation. That’s why Alphabet, Google’s parent company, enjoyed a 9% stock surge on Wednesday, a day after CFO Ruth Parat said Q2 “will be a difficult one for our advertising business.” Despite a March downturn, Alphabet still topped analyst sales projections in Q1 with $41.15 billion in revenue; investors haven’t abandoned ship, betting the company — which dominates the digital ad world alongside Facebook — can weather the storm better than most.

Those same signs of optimism weren’t there when Twitter shared its Q1 financials early Thursday morning. Twitter reported its best user growth ever, yet the company also said its ad revenue dropped 27% during the second half of March due to COVID-19. On the company’s earnings call soon after, Twitter CFO Ned Segal said April’s performance didn’t look much better than March, signaling it had not seen the same rebound as Facebook.

The takeaway looks to be Facebook and Alphabet’s stranglehold on digital ads will only grow more firm because of the pandemic; Wall Street appears willing to put up with a bit of uncertainty if it helps to reinforce their status as the two top dogs in online marketing.