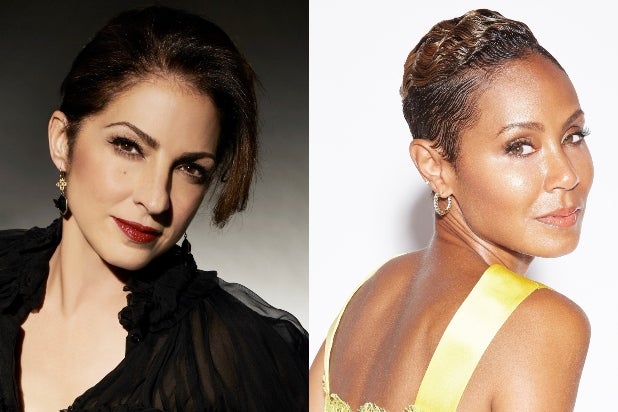 The addition of “Red Table Talk: The Estefans” to the existing “Red Table Talk” series comes alongside a new three-year deal signed by original host Jada Pinkett Smith and Westbrook Studios, which will extend the Daytime Emmy-nominated series’ run on the platform through 2022.

On Pinkett Smith’s original “Red Table Talk,” the actress and wife to Will Smith is joined by her daughter Willow Smith, and her mother Adrienne Banfield Norris, also known as “Gammy.” The web television series finds the three generations of women discussing a variety of topics, from sex to immigration.

The Estefan’s spinoff will be shot in Miami, and will cover “candid conversations about today’s most timely, social and personal issues with family, celebrity guests and experts,” according to Facebook Watch.

“I’m incredibly proud of ‘Red Table Talk,’ and thrilled to build upon this franchise with my family and with Gloria, Emily and Lili,” said Pinkett Smith. “‘Red Table Talk’ has created a space to have open, honest and healing conversations around social and topical issues, and what’s most powerful for me is hearing people’s stories and engaging with our fans in such a tangible way on the Facebook Watch platform. I’m excited to see the Estefans put their spin on the franchise and take it to new places.”

“I’m incredibly excited to carry the ‘Red Table Talk’ torch with my family in Miami,” said Estefan. “Jada and I have spoken about this a lot and feel my daughter, niece and I can tackle issues important to us and our fans with a new and fresh voice. Jada has done this incredibly and continues to do with her family in their candid, intimate, and groundbreaking conversations at the iconic Red Table.”

Also Read: Jada Pinkett Smith in Talks to Return to 'The Matrix' Franchise for Sequel

“We’ve been fortunate enough to be in business with such wonderful partners and are thrilled to expand the ‘Red Table Talk’ franchise with Jada Pinkett Smith, the Estefans and Westbrook Studios,” said Mina Lefevre, head of development and programming for Facebook Watch. “‘Red Table Talk’ is a shining example of how content, community and conversation come together on Facebook Watch. We’re proud to keep this conversation going around topics our fans care about.”