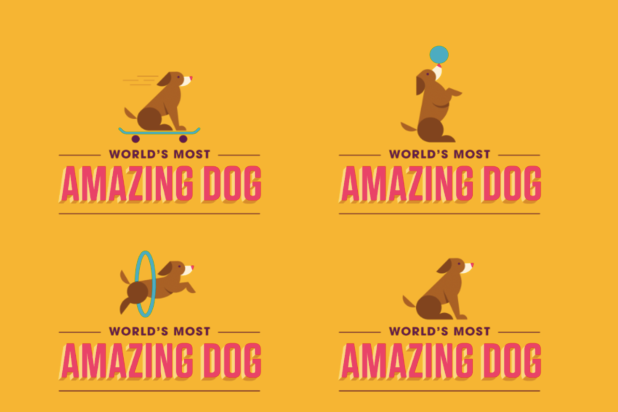 Facebook Watch is taking a page from the traditional TV playbook with its own competition series “World’s Most Amazing Dog.” In a similar fashion to “American Idol,” or “America’s Got Talent,” Facebook and The Dodo, a digital media brand that specializes in animal videos, are going on a world wide search to find what they believe to be the world’s most amazing dog.

Based on the format “Oh My Dog” from content creator Gil Formats, Facebook Watch has teamed with The Dodo as its official worldwide distribution partner; 3 Ball Entertainment will produce the series.

Facebook users from more than 35 countries will have the opportunity submit an “audition” video of their pet doing an amazing trick or other type of routine. Show judges and the Facebook community will then vote and decide who will win $100,000 (USD) and the title of World’s Most Amazing Dog.

Also Read: How Facebook's 'Sorry for Your Loss' Has Given Mourners a Voice

“‘World’s Most Amazing Dog’ demonstrates our commitment to reinvent show concepts by adding interactive and community elements that put audiences at the center of the experience,” said Paresh Rajwat, head of Video Products, Facebook. “Dog videos are very popular on Facebook and we’re thrilled to partner with industry leaders like 3 Ball Entertainment and The Dodo to introduce a series that not only extends the love of dogs to our users, but also shows other creators the many ways our interactive tools can be leveraged in their own endeavors.”

Since the launch of Facebook Watch in 2017, content surrounding animals has performed strong on the video platform. For example, The Dodo already has several show pages on the platform with more than 3 million followers. These show pages, which include “Odd Couples” and “The Comeback Kid: Animal Edition,” regularly garner more than 3 million views per episode. Those numbers dwarf the average viewership of scripted Facebook shows like “Five Points” or “Sorry For Your Loss,” both which typically garner less than 500k an episode.

Auditions for the “World’s Most Amazing Dog” is now open. Facebook users from eligible countries can upload ‘auditions’ of their dog performing their most entertaining trick through the platform’s submission tool on the series’ show page. For every audition submitted, Facebook will donate $1 (up to $1 million USD) to an animal charity.