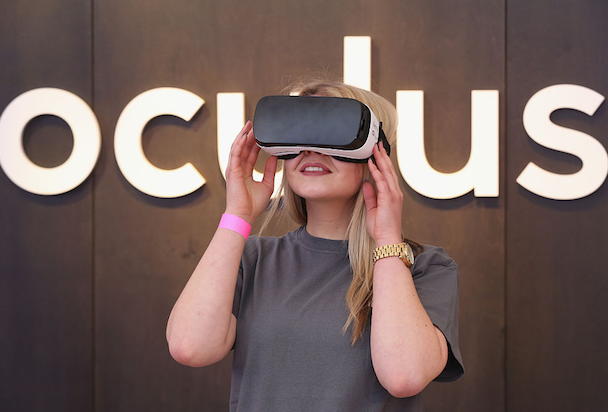 Facebook is set to reveal a more affordable update to its Oculus virtual reality headset later this year, aiming to make VR a mainstream experience rather than a cult hobby.

The updated Oculus will cost about $200 and start selling in 2018, according to Bloomberg. This comes on the heels of Facebook slashing the price of its headset-hand controller combo pack earlier this week from $599 to $399 — after already dropping the price of Oculus back in March.

This new version will not be tethered by cord to a computer or phone, one of the main hangups for Oculus users right now. More expensive VR products like Oculus require high-end computers to run properly, while cheaper alternatives like Samsung Gear turn your phone into a VR portal. Facebook’s $200 option will look to thread the needle between an affordable VR experience that still performs at a high caliber.

It’s a worthwhile gamble for Facebook as it competes in a competitive space. With 5 million headsets sold in the last two years, Samsung tops the VR food chain with about 22 percent of market share. Sony sold nearly 1 million units in the three months following the fall release of Playstation VR last fall, making it one of the more popular headsets on the market. Oculus, for comparison, only sold about 250,000 headsets last year, according to research firm SuperData.

Codenamed “Pacific,” Facebook’s new headset will be lighter and smaller than other headsets. After buying Oculus for $2 billion in 2014, Facebook is looking to make it a more consumer-friendly device — able to be used in tight quarters without top-of-the-line computer hardware.

Two years after Mark Zuckerberg said “virtual reality is the next platform,” the industry is in a bit of a holding pattern: shipments are on the rise, but companies are often hesitant to release sales figures. A lack of content has limited VR to a niche following for now, although companies are continuing to pour money into new productions, looking to spur growth.

Facebook will bring content makers for its new device into the fold later this year, with an eye on more gaming, social, and video experiences.