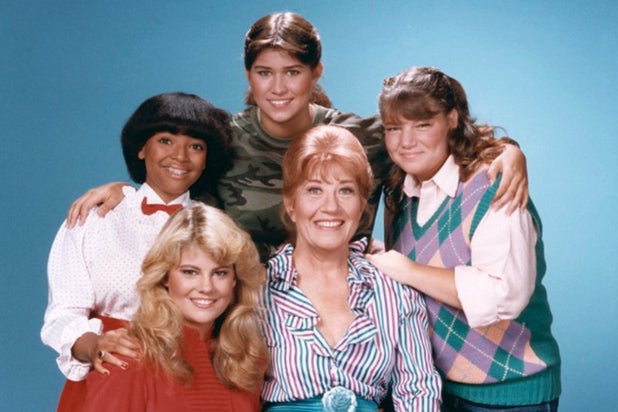 You take the good, you take the bad, and there you may have a “The Facts of Life” reboot.

Sony Pictures Television has a comeback of the hit NBC sitcom in the early stages of development, with Leonardo DiCaprio and Jennifer Davisson’s Appian Way and Jessica Biel’s Iron Ocean Films in talks to produce. There is currently no writer or network attached to the project.

The “Diff’rent Strokes” spinoff aired on NBC from 1979 to 1988, starring Charlotte Rae as Edna Garrett, a housemother at the fictional Eastland School, an all-female boarding school in Peekskill, New York. Over time, the group shrinks to be centered on only four young women: wealthy and spoiled Blair (Lisa Whelchel), gossipy Tootie (Kim Fields), eager-to-please Natalie (Mindy Cohn) and tough girl Jo (Nancy McKeon). Over the years, the girls graduate from school, and the storylines move on with them into adulthood.

The “Facts of Life” reboot would be the most recent for the studio, which gave new life to Norman Lear’s “One Day at a Time,” now going into its third season on Netflix.