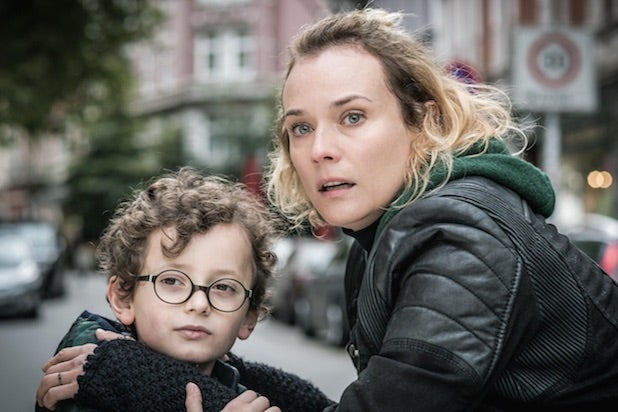 Opening in Cannes can be a double-edged sword. Though most filmmakers crave the prestige and exposure offered by a main-competition slot, that slot comes with a significant — and often unfair — set of expectations. Thousands of films compete, and only 20 or so are chosen, so festivalgoers expect each film to bring the heat.

Those lofty expectations may explain the chilly response that greeted “In The Fade” following its first press screening at Cannes on Friday morning. By no means a poor work, Fatih Akin’s film is just a solidly well made, straight-down-the-line drama; it neither reinvents the wheel nor tries to do o.

Diane Kruger offers her strongest performance yet as Katja, a tatted, happy mom living a comfortably content life in the suburbs of Hamburg. She’s got a husband and son and everything she needs until about five minutes into the film, when she loses them all in what turns out to be a racist terrorist attack. (Her husband is Turkish, and he and his son are targeted for that, and only that, reason.)

The film is divided into three chapters. The first chapter takes the form of a mourning-mom drama as it follows the shell-shocked Katja in the immediate aftermath of the attack. The second becomes a standard legal procedural once the perpetrators are caught and put on trial. The film shifts into revenge thriller territory in the final act, as Katja decided to clean up some loose ends not dealt with in the trial.

Each chapter follows the standard norms and rhythms of its chosen genre; you can always tell exactly where it’s going. But if the film studiously draws within the lines, its choice of color sets it apart. Within that familiar structure, “In The Fade” touches on a number of regrettably contemporary themes, from the rise of the European far right, to that deeply misguided impulse, when dealing with crimes related to race, of blaming the victim.

Breathing life into an angry and aloof mother in grief, Kruger gets her first-ever role in her native German. While director Fatih Akin offers polish and skill, there’s only so much he can do with what amounts to a very familiar drama. As the befuddled new widow who first seeks comfort in drugs and then in righteous anger, Kruger is the beating heart of the film.

If “In The Fade” picks up any awards heat in Cannes or further down the line, Kruger will be the one to benefit.