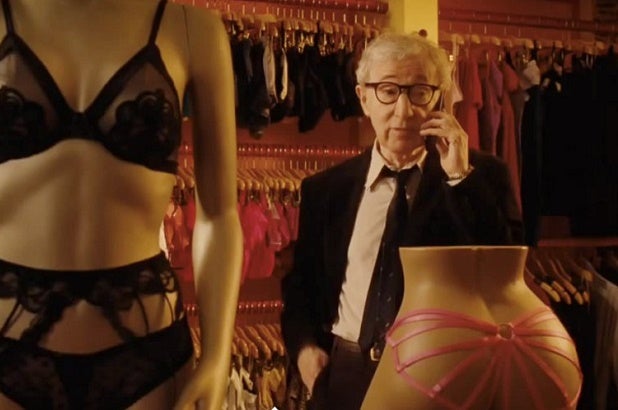 Any thoughts that the sex abuse allegations leveled at Woody Allen by his adopted daughter earlier this year would hurt his movies at the box office look to be unfounded – at least on the art house circuit.

The comedy “Fading Gigolo,” in which Allen stars as an aging pimp, posted the second-best limited opening of the year this weekend, with $198,399 from just five theaters. That’s a $39,680 per-theater average, behind only the debut of “The Grand Budapest Hotel,” which averaged a stunning $202,792 from four theaters last month.

In fact, “Fading Gigolo” is as much John Turturro‘s movie. He wrote, directed and co-stars in the comedy, which also features Liev Schreiber, Sharon Stone and Sofia Vergara.

“Fading Gigolo” saw a sharp 25 percent jump in business from Friday to Saturday, which Bill Lee, chief executive at distributor Millennium Entertainment attributed to strong word of mouth — and Allen.

“Audiences were craving a funny and heartfelt film. “That fact that Woody Allen is featured in a hilarious lead role was clearly a big draw,” he said.

In February, Allen’s adopted daughter Dylan Farrow wrote an open letter alleging that she was molested by the director as a child when living with her mother, Mia Farrow, a charge Allen has denied.

The Weinstein Company’s “The Railway Man” had a pretty good second week as well, after expanding from four to 26 theaters. It took in $176,092 for a $6,773 per-theater average. Directed by Jonathan Teplitzky, the film stars Colin Firth as a man suffering from psychological trauma after being captured by the Japanese during World War II, and Nicole Kidman as his wife.

“Joe,” the Roadside Attractions drama starring Nicolas Cage as an ex-con who becomes a mentor for teenage boy (Tye Sheridan), dropped 29 percent from its soft opening in its second week. Directed by David Gordon Green, “Joe” brought in $77,140 for a $1,607 per-screen average.