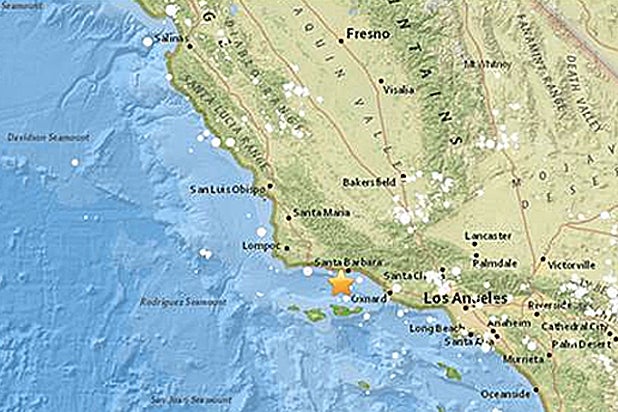 An earthquake alert sent out by a staffer at Caltech had Southern Californians quaking in fear Wednesday night — but not because the ground was actually moving.

The report of a 6.8 magnitude quake in the Pacific Ocean near Santa Barbara, sent around 4:51 p.m. PT, shook Twitter into a panic, but it was actually referring to a quake that happened in the same area 92 years ago.

The false alarm occurred when the staffer tried to correct the exact location of the Prohibition-era Santa Barbara earthquake in 1925, according to the Los Angeles Times. The staffer accidentally tweeted a news alert with the historical update before quickly retracting it.

Please note: We just deleted an automated tweet saying there was a 6.8 earthquake in Isla Vista. That earthquake happened in 1925.

We have an algorithm (Quakebot) that automatically writes stories about earthquakes based on USGS alerts. The USGS alert was incorrect.

A 6.8 earthquake hit Santa Barbara in June 1925. This is what the disaster looked like https://t.co/JBSbIXW9um

Some observant social media users noticed that the alert was about a disaster happening eight years in the future, as the quake tweet was dated June 29, 2025 at 7:42 a.m.

#BREAKING: #USGS just posted a magnitude 6.8 #earthquake for #SantaBarbara CA – 8 years in the future – then deleted it. pic.twitter.com/56EGtY1PGi

In a statement posted on Twitter, the USGS (United States Geological Survey) said the revision of the 1925 earthquake was “misinterpreted by software as a current event. We are working to resolve the issue.”

A real 6.8 magnitude earthquake would be felt by millions and would likely cause “considerable damage” and “partial collapse” in average buildings, as well as the fall of chimneys, factory stacks, columns, monuments, and walls, according to the USGS.

It could have been a far greater disaster, however, if three heroes hadn’t shut off the town gas and electricity preventing a possible catastrophic fire.

No 6.8 earthquake in Santa Barbara area, USGS sent out a mistake. Pic of email sent out below is a mistake. No quake felt here in SB. pic.twitter.com/p5MTF86Gjv

"They clicked the wrong button": The "big one" isn't hitting California — that magnitude-6.8 quake happened in 1925 https://t.co/vnc43RbyVS

It was a 6.8 earthquake felt on Twitter — and nowhere else. Massive California quake alert is a false alarm https://t.co/j1AguYRlXg

A software glitch turned an update of the magnitude of 1925 Santa Barbara quake M6.8 into a 2025 quake. New method for predicting quakes?