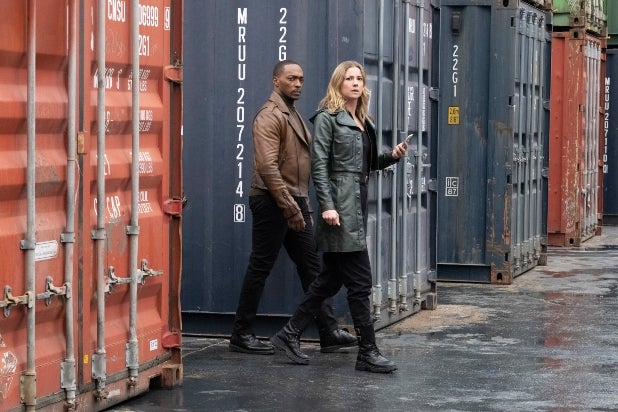 Sharon Carter didn’t return in the first episode of “The Falcon and the Winter Soldier.” But head writer Malcolm Spellman promises that when Emily VanCamp pops up she’ll be a vastly different character compared to her last appearance in “Captain America: Civil War.”

“I feel like we honored Sharon in a very, very major way,” Spellman told TheWrap. “Go back and look at ‘Civil War,’ take that piece of mythology, and imagine in your head what must have been happening over these last three movies since then.”

While Sharon was never confirmed to have been snapped out of existence during the climax of “Infinity War,” she was listed among The Vanished. Her face is shown during the early moments of “Avengers: Endgame” when the computer at the Avengers’ compound is running through the list of everyone who perished. That doesn’t necessarily mean she was snapped away, however, since Scott Lang (Paul Rudd) was also listed among those who were turned to dust (guess the Quantum Realm is a no-fly zone for the Infinity Stones).

We last saw Sharon midway through “Civil War,” when she risked her career to help Steve Rogers (Chris Evans), Bucky Barnes (Sebastian Stan), and Sam Wilson (Anthony Mackie) escape from authorities — and also shared a brief kiss with Steve. When asked if the Disney+ series would touch on the, ahem, weirdness of the fact that Steve went back to live out his life with Sharon’s great-aunt Peggy, Spellman said “I can’t get into that.”

VanCamp previously told EW: “We’re obviously going to find out where Sharon’s been all this time because she’s been on the run.” So it sure seems like that decision to help the three escape made her an international criminal, whether or not she was Blipped.

“Sharon finally gets to really grow up. I mean, she’s a very young actor anyway, has a baby face and only appeared in a few seconds,” Spellman said. “Now she gets time on screen to unpack that Marvel mythology and how it affected her. I really think people are gonna be stunned by it, and how grown she is now.”