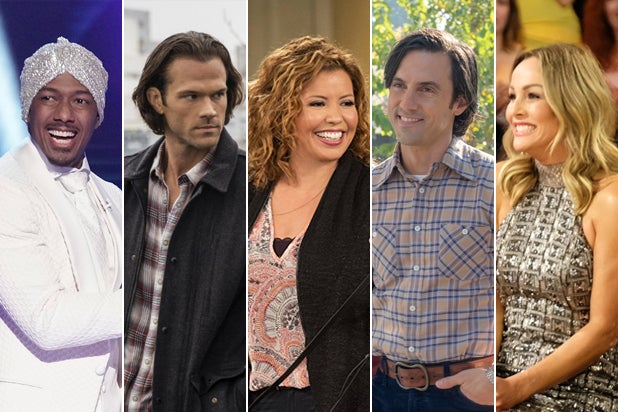 This week marks the traditional start of broadcast’s Fall TV season, which is going to be anything but traditional due to the coronavirus.

Seeing as execs at Fox, CBS, ABC, NBC and The CW spent a good chunk of their summers working out the logistics of how to safely resume production on their new and returning scripted and unscripted primetime series amid the pandemic, Fall TV premiere dates weren’t announced as quickly as they usually are and many shows that would have been set for autumn starts had to be pushed to midseason.

But there are still plenty of programs headed to broadcast TV in the coming weeks and TheWrap has rounded up the debut dates for each of them below. We will continue to update this list as more become available.

Also Read: How 'The Masked Singer' Season 4 Will Work With 16 Contestants and One 2-Headed Costume

Also Read: 'The Masked Singer' Pulled Off Its Pandemic Season With Animation, Fan Voting and a Baby Alien

Also Read: What Fox Had to Change About 'LA's Finest' to Make Spectrum Original Broadcast-Friendly

Here’s when 76 broadcast, cable and streaming series debut and come back