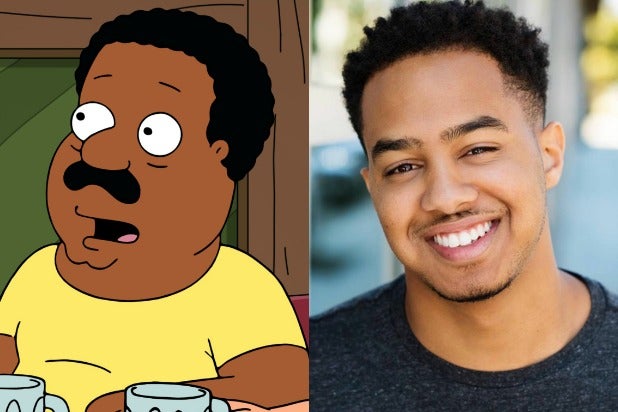 Fox has found the new voice of “Family Guy’s” Cleveland Brown. Voice actor Arif Zahir will be taking over the role from Mike Henry, who said in June he would be stepping down from the part, series creator Seth MacFarlane and showrunners Rich Appel and Alec Sulkin said Friday.

“I love this character, but persons of color should play characters of color,” Henry, the longtime voice of the fan-favorite Black character, said at the time, as Fox announced it would no longer have white actors voice people of color on its  shows.

Henry will remain the voice of Cleveland for the Fox animated series’ upcoming 18th season, which has already completed all of its episodes and airs its premiere Sunday.

Also Read: 'The Simpsons': Hank Azaria Replaced by Alex Désert as the Voice of Carl in Season 32 Premiere

“Family Guy” was renewed for Seasons 19 and 20 earlier this week, and Zahir will be begin voicing Cleveland on the 19th season episodes, which have just begun production. Henry will remain a voice performer and series regular on the show.

The announcement of Cleveland’s new voice actor comes one day after Fox revealed Alex Désert would be replacing Hank Azaria as the voice of Carl on “The Simpsons” Season 32 premiere Sunday.

“I welcome Arif to the ‘Family Guy’ team,” Henry said. “Arif’s vocal talent is obvious, but his understanding of Cleveland and his respect for the character give me confidence that he is in the right hands. I look forward to getting to know Arif and working with him to make sure Cleveland stays every bit as awesome as he has always been.”

Zahir added: “Firstly, I’m eternally grateful to have received this once in a lifetime opportunity. When I heard that Mike Henry was stepping down from the role of Cleveland Brown- my favorite cartoon character of all time- I was shocked and saddened, assuming we’d never see him again. When I learned I would get to take over the role? Overabundant gratitude. To Mike, you created something truly special and I promise I will do my absolute best to honor your legacy. To Rich Appel, Alec Sulkin and Seth MacFarlane, thank you for this incredible gift. And to the millions of fans who love this show, I promise not to let you down.”

Zahir is repped by CAA.