Seth MacFarlane and Fox’s “Family Guy” team want you to understand how the COVID-19 vaccine works so badly that they sent Stewie and Brian inside Peter’s body to show you.

The new three-minute short, which you can view above, was written by the “Family Guy” writers in collaboration with MacFarlane and a team of scientific experts and epidemiologists. It’s intended to “educate, entertain and encourage the millions of unvaccinated citizens around the globe to feel confident getting vaccinated against COVID-19.”

Described as “part ‘Schoolhouse Rock,’ part educational film from high school science class, but told with all the irreverence and hilarity for which ‘Family Guy’ is known,” the PSA shows Peter Griffin (voiced by MacFarlane) at the doctor’s office debating getting the shot, when Stewie (also MacFarlane) and Brian (again, MacFarlane) teleport inside his body and explain how vaccines work before Peter gets the shot from Dr. Hartman (right, MacFarlane).

The short — a joint production between MacFarlane’s Fuzzy Door, 20th Television Animation, Fox Entertainment and the Ad Council’s “It’s Up To You” COVID-19 Vaccine Education Initiative — is MacFarlane’s direct response to the incorrect information he sees being dispensed by Fox News, which has the same parent company as Fox broadcast network, the home of “Family Guy.”

“You know, that’s why we did this ‘Family Guy’ PSA about vaccination,” MacFarlane told Jimmy Kimmel on Monday’s “Jimmy Kimmel Live!” when teasing the short. “Because I looked around and I saw everyone else at Fox Corp. doing their part to get good science out there and be responsible with their platforms,” the “Family Guy” creator said, jokingly. “And looking down the barrel of that kind of peer pressure, I said, ‘Well gosh, we’ve got to do something too.’”

“We were proud to work with some of the nation’s leading immunologists and epidemiologists on this PSA,” “Family Guy” executive producers and showrunners Rich Appel and Alec Sulkin said in a statement. “And while we never understood a single note they gave us, we took them all.” 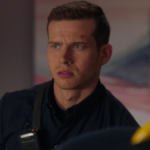 “With millions of Americans still unsure about getting vaccinated against COVID-19, it’s more important than ever that we have smart, informative and entertaining messages like this that will boost confidence in the vaccines,” Lisa Sherman, president and CEO of the Ad Council, said. “This new work from Seth MacFarlane and the team at ‘Family Guy’ is bringing critical vaccine information to audiences in a fresh and hilarious way that will surely inspire people to take the next step in slowing the pandemic. We are grateful to our partners at Disney and Fox for their passion and collaboration at this pivotal moment in time.” 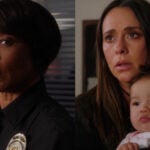 To learn more about the COVID-19 vaccines, visit GetVaccineAnswers.org for the latest information.