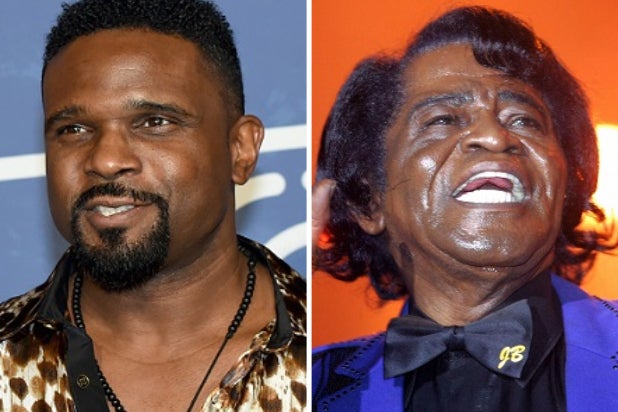 Eddie Winslow — the eldest son from the classic sitcom “Family Matters” — trending on Twitter Tuesday after fans trolling the actor who played him, Darius McCrary, for moonlighting as James Brown on BET’s “American Soul.”

BET announced the guest role on Monday along with a production photo of McCrary in a long wig and period-appropriate 1970s attire.

“The King of Soul is making his way to Soul Train! Don’t miss James Brown (@DariusMcCrary) on #AmericanSoulBET this Wed 10/9c!” reads the tweet, which immediately spurred laughs from Twitter users who grew up watching “Family Matters.”

“Why is Eddie Winslow playing James Brown,” wrote one user.

Others compared the get-up to Fred from “Scooby-Doo” and to Viola Davis’ character from “The Help.”

“Damn they got Eddie Winslow lookin like Madea, Ving Rhames, James Brown, Estelle Winslow and Ashtray Grandma from Dont be a Menace all in one shot. That’s impressive,” wrote another.

McCrary has since responded to the jokes.

“First of all, Family ALWAYS matters especially now more than ever,” he wrote in a statement to TheWrap. “Blessed to b a part of such an amazing legacy … All is fair in love, I was also blessed to meet the Godfather of soul and grateful he showed me LOVE “glad u guys finally recognize champions #Winnslow.”

“American Soul” is inspired by the personal trials and professional success of Don Cornelius, the creator of the dance and music program “Soul Train” which he hosted from 1971 to 1993. Season two of the period drama premiered on May 27, and takes place in 1975 as Cornelius is becoming a rising star, but still struggles with getting the respect of white America in viewership and sales, according to BET.

He played Eddie Winslow, the oldest son of Carl and Harriette Winslow, on “Family Matters” from 1989 to 1998.

See more tweets poking good-natured fun at the actor below.

The King Of Soul is making his way to Soul Train! Don't miss James Brown (@DariusMccrary) on #AmericanSoulBET this Wed 10/9c! pic.twitter.com/cv1xydljWC

Wen u click to see why Eddie Winslow trending black twitter thank u for my morning laugh pic.twitter.com/DgtQDMXVRn

Why is Eddie Winslow playing James Brown in a movie?

Damn they got Eddie Winslow lookin like Madea, Ving Rhames, James Brown, Estelle Winslow and Ashtray Grandma from Dont be a Menace all in one shot. That's impressive. pic.twitter.com/W2Oa5eZc4S

Eddie Winslow is out here looking Fred from a black version of scooby doo pic.twitter.com/4erQAyWpf0