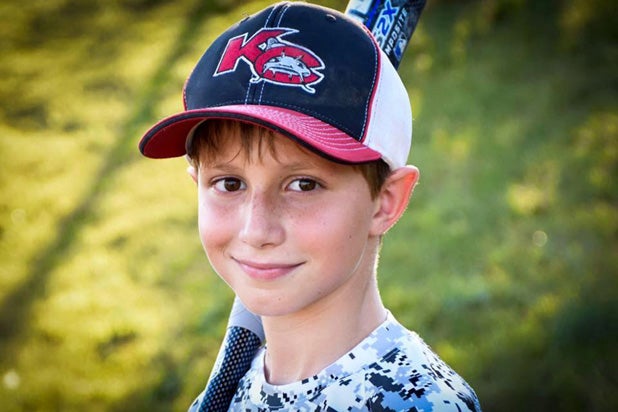 The family of the 10-year-old boy who was decapitated at the Schlitterbahn water park in Kansas City, Kansas, last year was awarded $20 million in a settlement on Thursday, according to court documents.

Caleb Schwab, who was the son of Kansas state Rep. Scott Schwab, was accidentally killed in August 2016 while riding the Verrückt — a 168-foot-tall ride that boasted a top speed of 65 m.p.h. and whose name means “insane” in German.

Two other women who took the ride with Caleb and suffered serious facial injuries have also settled their claims against the companies involved in the making of Verrückt, the Kansas City Star reported.

Of the money awarded to the Schwab family, $14 million comes from SVV 1 and KC Water Park, the two companies associated with Texas-based water park company Schlitterbahn; $5 million from Henry & Sons Construction, the general contractor on the 17-story ride that broke records for the height of a water slide; $500,000 from Zebec of North America, which manufactured the raft that carried up to three riders down the slide; and $232,125 from National Aquatics Safety Co. and its founder, John Hunsucker, which consulted on Verrückt.

While the Kansas attorney general’s office is continuing to investigate the events on Aug. 7, 2016, it’s believed that Caleb’s raft went airborne and that he then hit a netting system placed above the slide that was propped up by metal poles.
According to CBS News, former parkgoer Paul Oberhauser was riding with a friend and his 9-year-old son about two weeks before Caleb died, and found similar faults with the ride. “As soon as I hit the bottom of the first curve the shoulder strap just kind of busted loose,” he said.
In April, Republican Gov. Sam Brownback signed a bill to strengthen regulation of water parks in Kansas, requiring  insurance companies representing the parks to hire a certified engineer to inspect the rides.
Rep. Schwab, Caleb’s dad said on the floor of the Kansas House that the bill was for “the next kid who goes some place in Kansas for a fun weekend,” CBS reported.