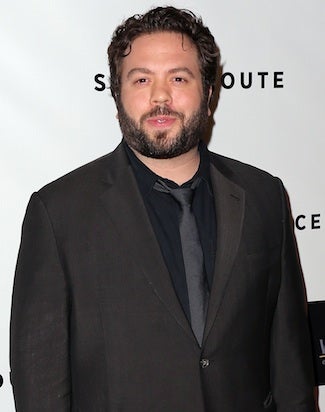 Dan Fogler will be guest starring on an upcoming November episode of “The Goldbergs,” TheWrap has learned.

Fogler will play Marvin Goldberg on the comedy based on writer and executive producer Adam F. Goldberg’s quirky family during the 80s.

Marvin is dad Murray’s (Jeff Garlin) younger brother, who is described as a loveable dope. Murray practically raised Marvin, but the two of them have never really gotten along. Although they live in the same town, they only see each other once a year at Thanksgiving and much to wife Bev’s (Wendi McLendon-Covey) dismay, it’s never a pleasant visit. Marvin still lives in their childhood home — rent-free, has never had a real job and is a barely functioning adult.

In 2005, he won a Tony award for his performance as William Barfée in the Broadway show “The 25th Annual Putnam County Spelling Bee.” Most recently, Fogler played the recurring role of Franklin on NBC’s “Hannibal” and starred on the short-lived ABC comedy, “Man Up.”

His film credits include “Kung Fu Panda,” “Horton Hears a Who!,” “Balls of Fury” and “Fanboys.”

He’s represented by UTA and Management 360.