(Spoiler Alert: Don’t read on if you don’t want to know details about Zendaya’s role in “Spider-Man: Homecoming.”)

The Twittersphere is losing it over who Zendaya will be playing in “Spider-Man: Homecoming,” with one fan observing that she will “slay the hell out of that role.”

“Zendaya is going to be Mary Jane in Spider-Man Homecoming. I am a HUGE Spider-Man fan and I think that is AWESOME!” tweeted one user.

“As a sickeningly, obsessive Spider-Man fan, I just want to say I’m unbelievably excited for Zendaya to play Mary Jane!” tweeted another.

Diehard Spidey fans have long speculated about whom the Disney Channel star would portray in Sony’s high-profile reboot of the superhero franchise, starring British actor Tom Holland as a teenage Peter Parker, a.k.a. Spider-Man.

At least one recent draft of the script has Zendaya’s character dropping several clues to her identity as Mary Jane, one of the most familiar love interests in the Marvel superhero’s universe. She was played by Kirsten Dunst in Sam Raimi‘s 2002-07 movie trilogy starring Tobey Maguire as the webslinger.

Of course, the occasional hater claimed MJ has to be a white redhead, as she has historically been in the comics.

“Sorry, but MJ is a white red head. Why can’t we just keep characters the same?” wrote one fan.

“Lord have mercy Marvel do not ruin spiderman by putting Zendaya in it as Mary Jane. Let her play someone else,” one fan said.

I am so excited that @Zendaya will be playing Mary Jane in Spiderman! Yes!

The TL when they found of @Zendaya was gonna be playing the role of Mary Jane Watson in the new Marvel Spiderman pic.twitter.com/qHA0pBHo6d

@Zendaya go get your mary jane character honey, and slay the hell out of that role! #BlackGirlMagic

@Zendaya is going to be Mary Jane in Spider-Man Homecoming. I am a HUGE Spider-Man fan and I think that is AWESOME!

Super pleased with the diversity in #SpiderManHomecoming ???? (Zendaya as Mary Jane tho ????????)

Andrew Garfield not being Spider-Man killed me, but Zendaya being Mary Jane brought me back

Zendaya is gonna be so great as Mary Jane. I can't wait

As a sickeningly, obsessive Spider-Man fan, I just want to say I’m unbelievably excited for Zendaya to play Mary Jane! ????

Dude zendaya playing mary jane in spiderman makes me want to see it so much more now!! I'm so hype for this movie.

If Zendaya doesn't have red hair when she plays Mary Jane Watson I'll be pretty mad.

Zendaya as Mary Jane? No other actresses are available to shoot? #SpiderManHomecoming

Marvel done fucked up zendaya is not a Mary Jane period

@GeeksOfColor Nope. Still looks fuck all like MJ. Sorry, but MJ is a white red head. Why can't we just keep characters the same?

I love diversity and all but Hollywood is looking ridiculous right now.
A BLACK MARY JANE!
REALLY! 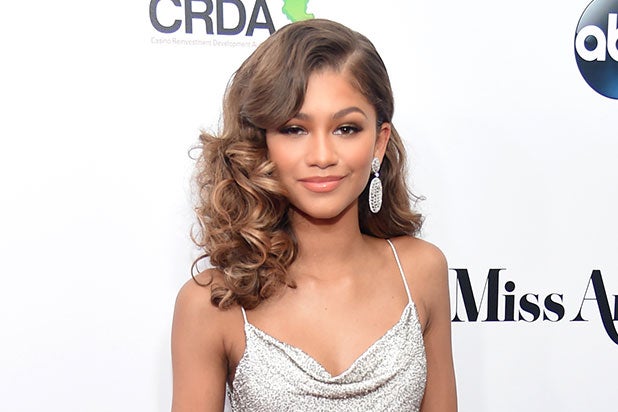