Us Weekly and People have long had a stranglehold on the market for celebrity magazines, but WhoSay is looking to remake the industry by putting fans and celebrities in the publisher’s seat.

The New York-based start-up, incubated by CAA and backed by Amazon and Comcast Ventures, has launched a new iOS app that lets fans make their own digital magazine combining posts by celebrities like Tom Cruise, Sofia Vergara and Novak Djokovic with the company’s in-house editorial. 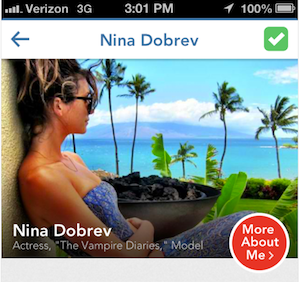 The company began by giving celebrities more control over their own posts on Facebook, Twitter and other social media platforms.

It has expanded into creating content to complement those celebrity postings, which helps the fans curate their own magazines with photos and posts about musicians, actors and athletes.

“WhoSay’s celebrity members now have a place to tell their story, their way,” CEO and co-founder Steve Ellis said in a statement.

“We give them an easy way to speak directly to their most important and loyal fans across the entire media landscape, and for the first time ever we make sure they share in the value they create from their original content and their fan relationships.”