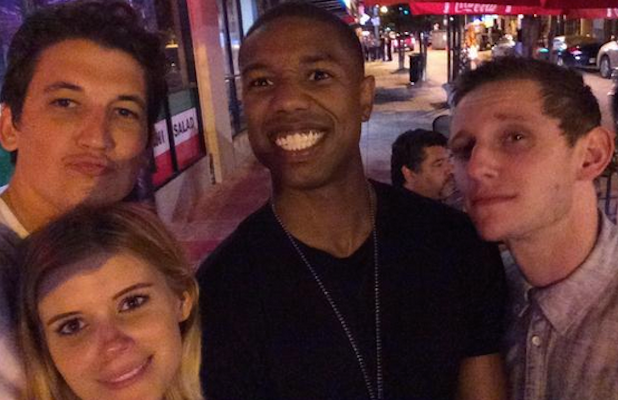 Film production in 2014: Instead of a studio release announcing that a movie has wrapped, the news comes from a selfie on Twitter.

Also read: Michael B. Jordan on ‘Fantastic Four’ Racist Backlash: ‘It Was Expected’

Fans of the “Fantastic Four” will be happy to know that director Josh Trank‘s series reboot seems to be on pace for its release next year, as co-star Kate Mara tweeted a picture of herself and cast mates celebrating the end of filming in front of a casual Italian restaurant.

Mara, who plays the Invisible Woman, was joined by Miles Teller (Mr. Fantastic), Michael B. Jordan (Human Torch), and Jamie Bell (The Thing) just chillin’ and lovin’ life like the major franchise movie stars they are.