As the second season began its Emmy campaign Thursday night, the lineup of the sprawling cast included reminders of the standout performances that came from the lesser-knowns stars — such as Bokeem Woodbine, Zahn McClarnon and Jesse Plemons amongst others — to ensure they are given “consideration” on par with the above-the-title co-stars like Kirsten Dunst, Ted Danson, Jean Smart, and Patrick Wilson. 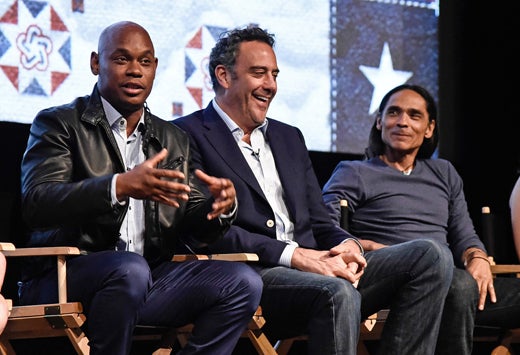 The irony for FX of the critical reception to the “bloody good” second season is that its biggest competition for limited series Emmy trophies may be another FX crime series: “The People v. O.J. Simpson.”

Until we have to start stressing about what is shaping up to be the Emmy party of the year, the cast and creators gathered on the Paramount lot on the eve of Emmy season to answer some burning questions.

Here are five that TheWrap got answered. 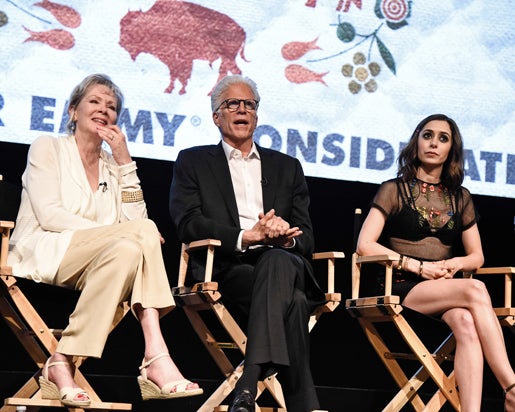 Despite shooting in Canada in late winter, was there really not enough snow for your exterior scenes?

“We had to truck in snow from the mountains,” Hawley told the Paramount Theatre in Los Angeles, which was packed with Emmy v the same time. They’re a movie,” so they got the artificial snow making-machines instead.

For Hawley and executive producers Warren Littlefield and John Cameron, what creative element were they most scared would leak and spoil the ending?
John Cameron fielded this one on the red carpet, telling TheWrap: “The return of the Season 1 cast. That’s something we really wanted to keep under wraps — a beautiful kind of moment in the piece.”

So, about that Hanzee freak twist at the end, that he became crime boss Moses Tripoli in Season 1 (Billy Bob Thorton killed). How did the cast react to that retroactive Easter egg?
It didn’t land for the most important person: Zahn McClarnon, who played Hanzee, as he did not get the plot twist when he read the script.

“I walked into the studio where we were shooting in Canada,” McClarnon told TheWrap, “and I said ‘Did you guys read (Episode) 10? Someone said, ‘You know what happens to Hanzee, right? He turns in to Moses.’ I’m like ‘WHAT?’ It just sort of went by me.” 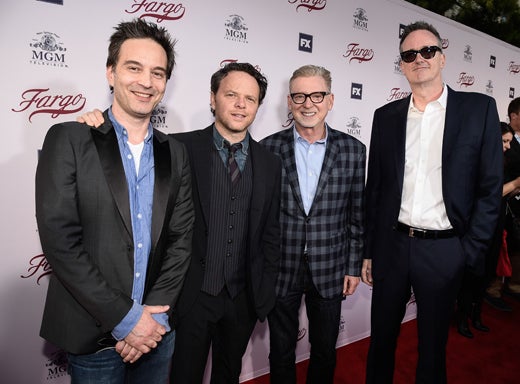 For Bokeem Woodbine (who convincingly played the terrifying “Mike Milligan”) and Rachel Keller (“Simone Gerhardt”), how has this big break changed thier careers?Bokeem: “Things have changed. Things are on the upswing. Things have been very positive. The phone’s been ringing. I’ve been working more. It’s really changed my perspective about the industry because I had gotten a little jaded.”

As for Keller, she landed the role only four months after graduating Carnegie Mellon University. “I still live with my grandmother, in the Valley. She’s a sailor. She’s sailing right now to Catalina. She’s way more rad than m she told TheWrap.

For Patrick Wilson (lead man “Lou Solverson”), he will be talking up this show for the next five months until Emmy night. How does that promotional schedule sound?
Wilson: “It’s such a refreshing thing to be hawking something that’s really good. I have no problem talking about it because I genuinely think it’s really fantastic and I’m thrilled to be a part of it.

TheWrap’s Dan Callahan assesses the directorial body of work of Joel and Ethan Coen, from ”Fargo“ to ”No Country for Old Men“ to ”Hail, Caesar!“