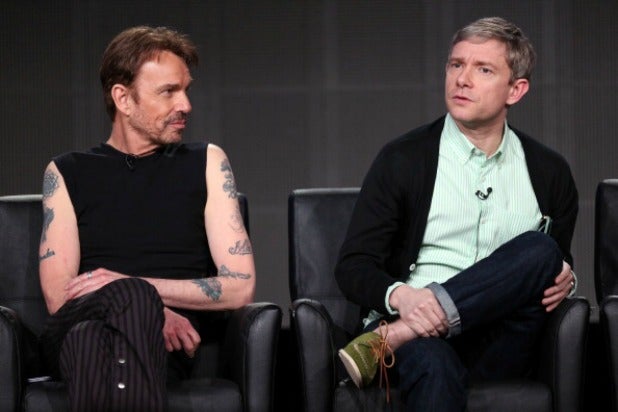 Billy Bob Thornton was asked the question Tuesday all movie actors are asked when they do television, and responded with a quick take on the state of entertainment industry.

“The entertainment business can pretend all they want, but the movie industry has changed drastically, particularly in the last five or six ears. When I was coming up if you went to television from film it meant something was wrong. You may as well be on like ‘Hollywood Squares.’ And now it’s the opposite,” said the star of FX’s “Fargo” at a Television Critics Association panel.

He said his peers — who he jokingly identified as “guys who are in their early 30s” — are turning to TV because movie studios no longer make the kinds of mid-budget movies they once did.

“The motion picture studios make big event movies and they make broad comedies and they make action movies and movies where evidently vampires are all models,” he said. “Television has now taken that spot. For actors who really want to do good dramatic work or good work with dark humor and drama you kind of have to do it on television, and it’s a great opportunity to develop a character over a period of time.”

He said shows like “The Wire,” “Boardwalk Empire,” “The Sopranos” and “Big Love” had piqued his interest in television.

The “Fargo” panel was one of the more dryly funny of TCA. At one point, “Hobbit” actor Martin Freeman was asked about his stature and if being shorter than average had shaped his acting.

Asked his height, he quipped, “4’2,” before joking again that he was in fact two feet higher than that.

“What religion are you?” he asked the reporter who asked.

Later he said his height hadn’t hurt his career. “I’m a white, straight male, which holds me back even more,” he said.