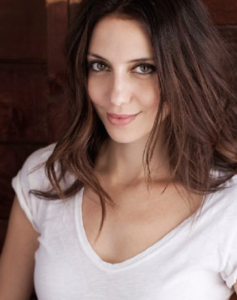 “Fargo” star Jean Smart has joined the cast of “The Ones Above,” an indie thriller that started filming in Los Angeles on Thursday, TheWrap has learned.

Ben Demaree is directing from a script by Caleb, Zimbardi and Woodrow Hancock, and all three writers are producing along with “Sharknado’s” Anthony C. Ferrante.

While struggling to provide for his wife Beth (Somers) and infant daughter, Adam Morris (Zimbardi) discovers that his widowed mother, Evette (Smart), has gone missing. Adam returns to his hometown to find his mother with the help of his estranged brother (Caleb), and as they search for Evette with Beth, the trio uncover a disturbing supernatural phenomenon that might be the cause of her disappearance.

Smart will soon be seen as the matriarch of a family of criminals on the second season of FX’s “Fargo,” which debuts on Oct. 12. Smart is a three-time Emmy winner whose feature credits include Zach Braff’s “Garden State” and David O. Russell’s “I Heart Huckabees.” She’s represented by WME, while Somers is represented by Gotham/Principal.