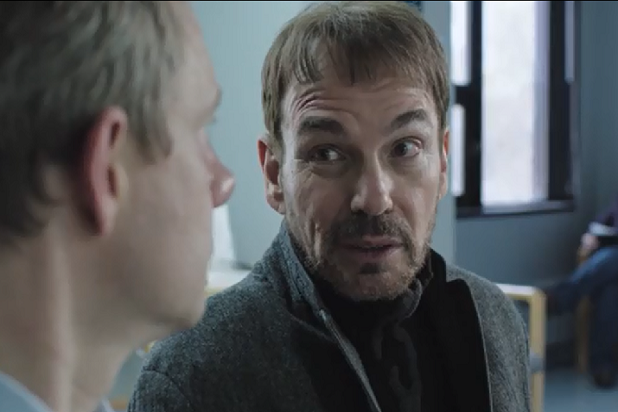 FX’s adaptation of the Coen Brothers’ “Fargo” came to a nail-biter of a conclusion Tuesday night. (If you missed it, you might want to skip this article for now — there be some spoilers ahead.)

Last week, series stars Billy Bob Thornton, Allison Tolman and Colin Hanks spoke to reporters about the show’s shocking closer — and whether they’d be on board if the show, which was billed as a limited series, is picked up for a second season.

“[I]n terms of everyone’s character arcs, I think people will be very satisfied,” Thornton said. “We’ve kind of known all along that I’m the devil, and that it’s kind of the way Hitchcock did things. He always thought it was scarier when you knew from the opening frame that that’s the bad guy; that way the audience is afraid every time he’s around, so it’s not like the butler did it or something like that. I’ll just say that it’s a very thought-out series and very well-rounded, and I think each character has an arc and an A, B and C.”

Tolman, who played savvy small-town cop Molly Solverson on the Noah Hawley-created series, admitted that she wasn’t particularly keen on the finale episode at first.

“I think the finale grew on me the more we filmed it. When I read the final episode, I didn’t like it as much as I like it now, and after we got to play it and put all the pieces together, the more it felt right,” Tolman said. “[A]nd now I really love it. I think that all the ends are tied up properly and everything is where it should be.”

Tolman did admit, however, to some disappointment over the fact that Solverson wasn’t able to partake in the final manhunt for Thornton’s villain, Lorne Malvo, due to her character’s “extreme pregnancy.”

Ultimately, however, Tolman noted, “I feel like the series ends up the way that it’s supposed to and everyone ends up happy and fulfilled in the ways that they’re supposed to be.”

As for a potential season 2, Tolman says that it’s very possible for Solverson and her husband, Gus Grimly (played by Hanks), to appear again.

“I can say without giving any spoilers that if we have a second season or a second installment in the anthology, they’ve talked about skipping around in time either backwards or forwards, so we could be back or we could not be back,” Tolman shared. “It’s just depending upon what they want to do and if they want to go forward or backwards in time.”

For his part, Hanks is down for another season, adding that if Hawley “calls saying, ‘Hey, do you want to come back,’ I’d be there in a heartbeat.”