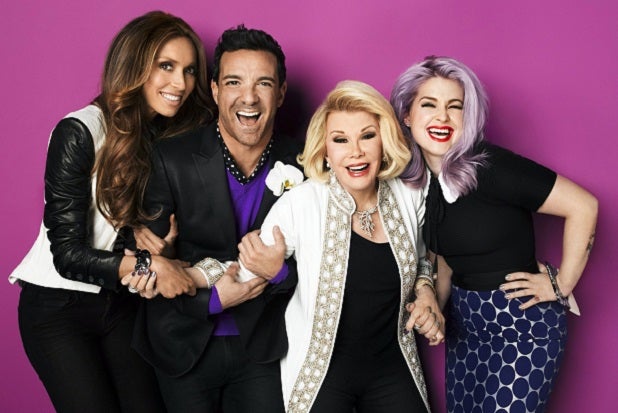 E! Entertainment Network said Wednesday that it is prepared to begin negotiations with the Writers Guild over the eight striking “Fashion Police” writers who have been on strike since April.

The writers had asked the network to recognize the Writers Guild of America West as their bargaining representative, but the Comcast-owned network insisted that an NLRB election be held first, so they walked.

“We are pleased that Fashion Police writers got the opportunity to vote in an election sanctioned by the NLRB on representation in collective bargaining by the WGA, and we continue to believe that the secret ballot election was vital to protecting the rights of all Fashion Police writers,” the network said in a statement to TheWrap.

“The writers voted to be represented by the WGA, and E! is prepared to begin collective bargaining with the guild at their earliest convenience.”

The results of the National Labor Relations Board election, which was held in December, were confirmed Tuesday by the WGAW.

It’s been a bitter battle, and this doesn’t end it. Initial contracts can be difficult to achieve, and it’s unclear when the writers will return to their jobs. Still, the network got the election it had insisted upon, and the writers got their representation.

At one point the writers said that they were betrayed by the show’s host Joan Rivers, who is also a guild member and was brought up on charges of doing struck work by the WGA East. She avoided expulsion by agreeing to stop writing and urging the sides to settle, but subsequently said that E! was right to refuse in its fight with the “poor schmuck writers.”

Separately, the writers have reached a settlement with E! on their $1.5 million wage and hour claims with the California Division of Labor Standard Enforcement against the network and Rivers’ production company, Rugby Productions. They were seeking payment for what they claimed were unpaid regular and overtime hours worked in the suit, filed weeks before they walked out.