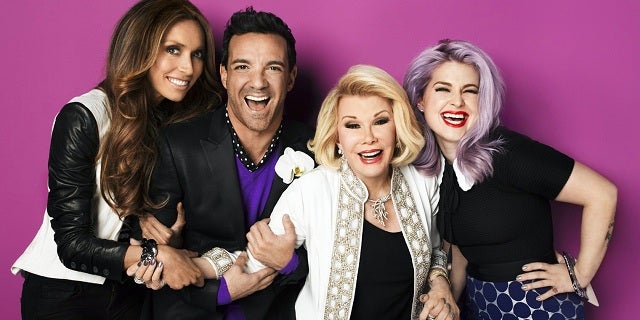 E! president Suzanne Kolb on Wednesday sent a letter to eight striking “Fashion Police” writers, defending the show's host Joan Rivers and insisting on a sanctioned election before it would come to the negotiating table.

The writers have been on strike since April 17, after expressing a desire to organize and join the Writers Guild of America West. The writers want the network to recognize the WGA as their bargaining representative, while the network is insisting that a National Labor Relations Board election be held first.

"Why strike over an election if you believe the vote will be in favor of representation?" Kolb asks in the letter.

The writers maintain that demanding an election before negotiating is a stalling tactic, since they've made their desire to be in the guild clear.

Weeks before going on strike, the writers filed $1.5 million in wage and hour claims with the California Division of Labor Standard Enforcement (DLSE) against the network and show host Joan Rivers' production company, Rugby productions. They are seeking payment for unpaid regular and overtime hours worked.

Let me begin by thanking you for the work you have done for Fashion Police, and for your time in reading this letter.  My purpose in writing is to share with you the network's position, as well as correct some of the false information that surrounds this issue, and most importantly reemphasize the resolution that can bring us all to the negotiating table.

First, Joan Rivers has been and remains emphatically supportive of you.  And, despite what has been reported to the contrary, her company does not produce Fashion Police nor set the compensation of E! Networks Productions’ writers.  The personal attacks on Joan have been grossly unfair and inaccurate as the responsibility of the show lies on my shoulders, not hers.

Additionally, I want to make it clear that E! is not anti-WGA. We have other WGA shows, and we will negotiate with the guild should you formally elect them as your representative.  We require an NLRB administered election prior to collective bargaining because it is a fair and important part of the process.  Although the WGA claims to have a practice of not participating in NLRB elections, they in fact participated in them for Chelsea Lately and The Soup, both of which now have guild deals.  The WGA has convinced you that a strike is necessary in order to gain a union contract. But history at E! has shown that not to be true. You are actually losing paychecks because of the guild's dislike of elections.

This leads me to ask you, why strike over an election if you believe the vote will be in favor of representation?  Please reconsider striking over something as democratic as an election. There will be no resolution to this matter without one.