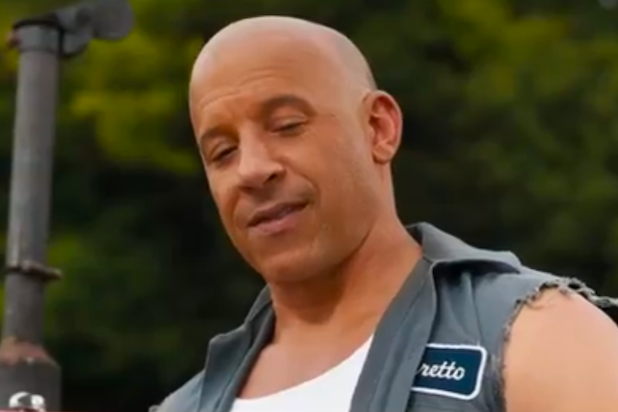 The first look for the upcoming “F9” has been released, the latest movie in the “Fast & Furious” franchise, just days before the full trailer drops on Friday.

In this teaser, Vin Diesel reveals that he’s now a father seemingly retired and who cares for his young son, Brian, who is named after the late Paul Walker’s character.

“Things change, now that I’m a father. I can’t live my life a quarter of a mile at a time anymore,” Diesel’s Dom Toretto says in the clip. Michelle Rodriguez then hands “Little Brian” a cross necklace to wear as “protection for what’s coming.”

Also Read: 'Bloodshot': Vin Diesel Gets His Memory Back, Is Ready for Revenge in New Bloody Trailer (Video)

Justin Lin is directing the franchise’s ninth installment that brings back the whole crew, including John Cena, Michelle Rodriguez, Lucas Black, Jordana Brewster and Tyrese Gibson. Michael Rooker also joined the cast, and Charlize Theron and Helen Mirren are returning after appearing in the eighth film, “The Fate of the Furious.”

Universal Pictures is releasing the film, following last year’s “Hobbs and Shaw” spinoff movie. The studio has also released a first look poster for the film, which you can see below along with the new clip.

JUST IN: Your first look at #FAST9 starring @VinDiesel & @MRodOfficial!