Vin Diesel appeared on "The Tonight Show With Jimmy Fallon" on Wednesday night to promote his new film "The Last Witch Hunter," but while there he spilled some details about the next movie in the "Fast and Furious" franchise, saying that the film will be set in New York, a possibility he had hinted at before.

"Would you know where the next one is set, or no?" Fallon asked of the hugely popular action franchise.

The actor went on to explain that the first film in the franchise was based on a Vibe magazine article about street racing in New York, before the location was changed.

Diesel also noted that the film will be directed by "Straight Outta Compton" director F. Gary Gray. TheWrap was the first to report that Gray was the frontrunner for the eighth installment in the film series.

Also Read: How Jimmy Fallon's 'Jesus Finger' Got Its Name

Numerous candidates came in for a ribbing in the skit, including Democratic contender Lincoln Chafee, who made headlines by declaring that he's a "block of granite." 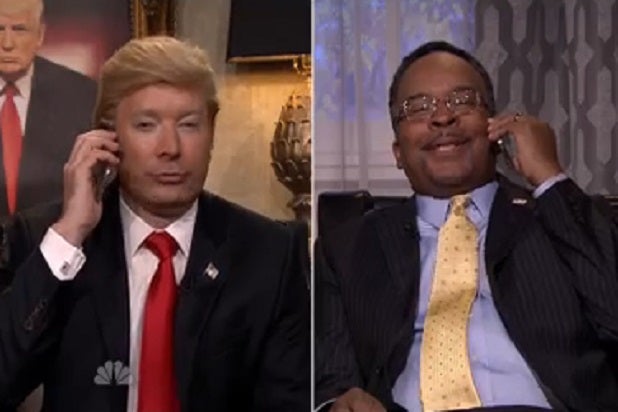 "He doesn't look like a block of granite; he looks like a turtle who shops at Men's Wearhouse," Fallon-as-Trump quipped.

Regarding Bernie Sanders, who was outspoken about rival Hillary Clinton's email scandal during Tuesday's debate, Fallon joked, "I don't get this guy; all he does is yell. Do we really need a president who does nothing but yell?"

As for Clinton herself, Fallon joked, "She just threw more shade than Chris Christie at the beach."