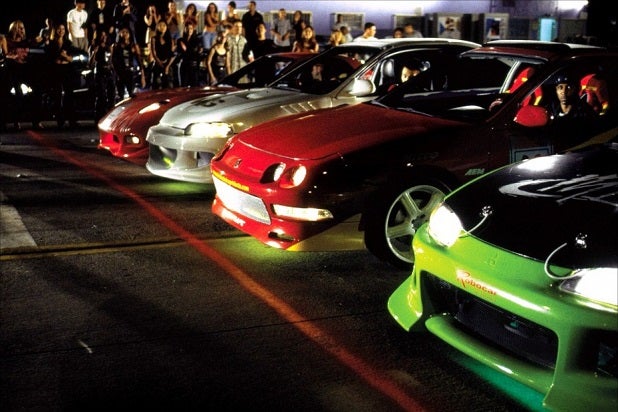 It might be Michelle Rodriguez’s birthday, but the “Fast and Furious” #family are giving fans a present, in the form of the first “Fast and Furious 9” main cast photo. See it for yourself below.

In the photo, stars Vin Diesel, Jordana Brewster, Tyrese, Ludacris, Nathalie Emmanuel, John Cena and Anna Sawai, plus director Justin Lin, gather around Rodriguez and her huge-looking birthday cake. It’s heartwarming because #family and only someone who doesn’t live life one quarter mile at a time could possibly disagree.

Check out the image:

Diesel also posted a fun video of Rodriguez’s actual on-set birthday celebration, which not only looked like a blast but also had us really impatient for the next outing from Dom Toretto and his #family of vehicular criminals-turned-vehicular heroes. Check it out:

We’re still a ways out from release of the still-untitled film, and there’s a lot we don’t know — including who franchise newbies John Cena and Anna Sawai are actually playing. But considering they’re included in the #family photo, we’re going to go out on a limb and assume this means they’re the newest members of Dom’s crew in the film as well.

Also Read: Oliver Jackson-Cohen to Star in 'The Invisible Man' at Universal and Blumhouse

Directed by Justin Lin, written by Daniel Casey and produced by Diesel, Michael Fottrell and Chris Morgan, “Fast and Furious 9” (or whatever the title ends up being) also stars Helen Mirren and Charlize Theron. It hits theaters May 22, 2020.