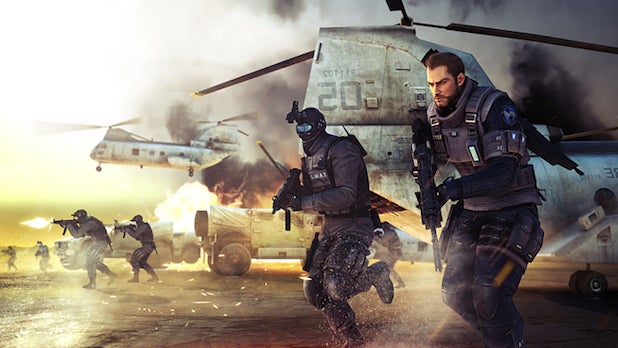 Neal H. Moritz‘s Original Film and Korean game developer Smilegate are teaming up to develop a film based on the popular online game “Crossfire,” it was announced Wednesday.

Released in 2007, “Crossfire” is a first person shooter game that has recorded global sales of $1.2 billion in 2014 alone, and boasts 500 million users in over 80 countries around the world. “Crossfire” regularly outperforms such games as “World of Warcraft” and “Assassin’s Creed” in terms of its number of players and revenue.

The “Crossfire” movie will be an internationally-focused ensemble action film that Moritz will produce through his company Original Film, whose Tania Landau and Toby Ascher will serve as executive producers. Given ‘s global success, the producers feel the project has the potential to launch a franchise. The movie’s screenwriter, director and distributor will be announced at a later date.

Smilegate sought out Original Film specifically due to the company’s expertise managing and shepherding franchises such as the “Fast and Furious” series.

While many international games have been turned into Hollywood movies, this will mark the first time a Korean game has been licensed to Hollywood. The film is the first step in Smilegate’s expansion of the global “Crossfire” brand. Smilegate is currently developing mobile games and planning to expand into other business areas based on the property.

“I’m very pleased that Smilegate is collaborating with for a movie. ‘Crossfire’ has become one of the world’s most popular FPS brands and I’m looking forward to working with Original to further build out the world of ‘Crossfire and gain many more fans around the globe,” said Min Jung Paek, VP of brand marketing for Smilegate.

“We love ‘Crossfire’ and are looking forward to collaborating with the team at Smilegate, to create an exciting and fantastic action film. We see a lot of potential in the ‘Crossfire’ brand and are honored to be chosen to bring its world to life,” added Moritz.

Original Film founder Moritz is one of Hollywood’s most prolific producers, having produced over 50 movies, which have collectively grossed more than $8 billion worldwide.

Moritz most recently released “Furious 7,” the seventh installment of the “Fast and Furious” franchise, which broke international box office records on its way to becoming the fifth-highest-grossing movie of all time. Also slated for release in 2015 is an adaptation of the bestselling children’s book series “Goosebumps.” Moritz’s past film credits include “21 and 22 Jump Street,” “The Green Hornet,” “I Am Legend,” “Cruel Intentions” and “I Know What You Did Last Summer.”

20th Century Fox released the first photo of Michael Fassbender from the upcoming "Assassin's Creed" movie on Thursday, in addition to new plot details. Fassbender will play a man named Callum Lynch who discovers that he is the descendant of the secretive Assassain society, which is at war with the nefarious Knights Templar. Through a machine called the Animus, he is able to access the memories of his ancestor Aguilar, an Assassin in 15th century Spain. The film is based on the popular Ubisoft video game series of the same name, though the character of Lynch/Aguilar was created specifically for the movie. Fassbender is producing in addition to starring alongside Marion Cotillard, Michael Kenneth Williams, and Ariane Labed.

"Super Mario Bros." (1993) Box Office: $20.9 million. Mario himself, Bob Hoskins, has not only called this movie the worst job he's ever had, but it's also the biggest disappointment AND regret of his career.
View In Gallery
View In Gallery