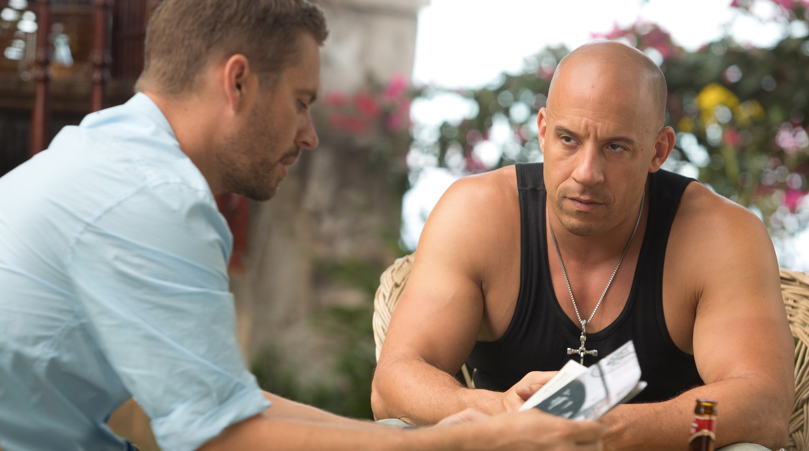 "Fast & the Furious 6" is widely expected to dominate the Memorial Day box office and potentially become the highest grossing film in the lucrative franchise's history.

For a franchise to keep growing as it enters its second decade and sixth installment is nearly unheard of in Hollywood, where sequels tend to burn hot and fast, dying out quickly. Yet Universal Pictures has adroitly managed the car racing series by tapping into international markets, catering to under-appreciated moviegoing audiences and recognizing the power of Diesel fuel — Vin Diesel that is.

Here are six takeaways from the "Fast & the Furious" franchise's success for rival studios trying to engineer their own box office Maserati's.

Vin Diesel Is an A-Lister, Get Used to It He may not wield the clout or boast the magazine covers of a Depp or a Pitt or a Smith, but make no mistake, Diesel is a star. After getting lost on the C-list in the mid-aughts and seeing his once white-hot career fizzle out with bombs like "Find Me Guilty" or artistic embarrassments like "The Pacifier," Diesel cannily returned to the franchise that made him a powerhouse with 2009's "Fast & Furious."

In the process, he helped the series consistently build its audience with each new film, allowing the franchise to gross nearly $1.6 billion globally. With this September's "Riddick," Diesel will see if he can revive another of his action franchises that has run out of steam. If he can pull it off, that will give him two massive tentpole roles in his quiver. Few actors other than Robert Downey Jr. with "Sherlock Holmes" and "Iron Man" can match that kind of track record.

The U.S. Is Nice, But Foreign Countries Are King

Though "The Fast & The Furious" started out as a depiction of L.A. street racing, few franchises  have done a better job of embracing the global marketplace. Starting with 2006's "The Fast and the Furious: Tokyo Drift," the third film in the franchise, the series has traipsed around the globe, conveniently stopping in many of the movie business' most important emerging markets. Along the way, the crew of car racers and thieves have evaded the law in exotic settings like Brazil, Mexico and, in the latest iteration, Spain and the United Kingdom.

With 70 percent of box office revenue coming from abroad, an international flavor is no an longer exotic icing on any big-budget confection. It's an essential ingredient to making the sprawling community of moviegoers feel like they are watching their dreams and lives reflected back to them on the big screen.

The reward for this cosmopolitanism? "Fast & Furious 6" is off to a white-hot start at the foreign box office; its opening in the U.K. and Ireland last Friday gave Universal the studio's biggest opening day ever in that market with $4.6 million. "Fast Five," the previous film in the franchise, more than doubled the largest foreign gross in the franchise's history and most box office analysts predict the latest adventure will eclipse the last film's $416 million international take. Latino audiences have pushed "The Fast & The Furious" series into rarified blockbuster terrain. Thanks to stars like Michelle Rodriguez, and a healthy amount of Spanish dialog, the films have gone out of their way to court this too often neglected demographic.

Pay heed studios! Latinos represent just 17 percent of the U.S. population, yet account for 26 percent of ticket sales, according a study by the Motion Picture Association of America. In the case of "Fast Five," catering to this crowd resulted in a monster turnout, with Latinos representing 33 percent of its opening weekend U.S. audience.

…Oh, And So Do Women

Casting women as more than scantily clad helpmates and arm candy has further broadened "The Fast & The Furious" franchise's appeal.

Women represent 51 percent of the U.S. population and 52 percent of the moviegoing public, but according to a 2012 study by the Center for the Study of Women in Television and Film at San Diego State University, only 11 percent of the protagonists in top grossing films are female.

Yes, Vin Diesel and Paul Walker are the top-billed stars in the series, but what's refreshing about "Fast & Furious 6" is that Rodriguez and co-star Gina Carano have roles that are integral to the action. In fact, Jeffrey Kirschenbaum, Universal Pictures co-president of production, told TheWrap that the most recent "Fast" film is the highest testing among women.

He added that the on-screen throw down between Rodriguez and Carano is a key selling point of the film and "trumps" the fight between Diesel and Dwayne Johnson that was a heavily promoted part of "Fast Five."

Don't Idle at the Starting Line Beginning with the fourth film in the series, 2009's "The Fast & the Furious," Universal has rigidly adhered to a release schedule of one "Fast" picture every two years. The studio is accelerating the schedule with "Fast & the Furious 7," which will roar into theaters in 2014, roughly a year after the sixth film was unleashed on the summer box office.

At CinemaCon, the annual exhibition trade show in Las Vegas, Diesel told theater owners that the studio was able to rush into production on a follow-up to "Fast & the Furious 6" because they had carefully mapped out a direction for the series. In a digitally connected age where platforms like Twitter and Facebook have intensified the rate at which entertainment and media is anticipated, consumed and discussed, it is critical that studios move nimbly to exploit buzz before this morning's hot thing become that afternoon's tired idea.

Allow a Director to Grow With a Franchise

Justin Lin didn't have the kind of CV that would instantly make a studio feel comfortable about handing over the keys to one of its crown jewel franchises.

When Universal tapped the UCLA grad to inject new life into the "Fast" series, Lin was best known for the Sundance breakout "Better Luck Tomorrow" and the James Franco bomb "Annapolis." But whatever studio executives saw Taiwanese-born director has allowed the series to reach new heights.

Under Lin, the four "Fast" films he has directed have grown more global in scope, more financially successful, more technically audacious and more critically acclaimed. The decision to move up production on "Fast & the Furious 7," so it can open next year, means that he will have to yield the director's chair to James Wan ("Saw"), but studio executives and producers tell TheWrap that after the success of the "Fast" movies, Lin can write his own ticket.