“Fate: The Winx Saga” has finally found its Flora for Season 2. Netflix’s live-action adaptation of the Italian cartoon series “Winx Club,” which aired on Nickelodeon in the U.S., has cast Paulina Chavez in the role of Flora, a fan-favorite fairy from the animated show whose absence in the first season of the adaptation stirred up some controversy.

Netflix revealed Tuesday Chavez’s casting in Season 2, which has just commenced production in County Wicklow, Ireland, along with the additions of fellow new cast members Brandon Grace as Grey and Éanna Hardwicke as Sebastian.

Created by Brian Young (“The Vampire Diaries”), “Fate: The Winx Saga” follows fairies attending Alfea, a magical boarding school in the Otherworld where they must learn to master their powers while navigating love, rivalries and the monsters that threaten their very existence. 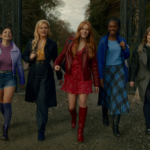 Bloom, Stella, Aisha and Musa are all characters from the “Winx Club” cartoon series, while Terra and Beatrix were newly created for “Fate: The Winx Saga.” When the casting for the Netflix show was first revealed, some fans of its animated-series source material criticized the choices for Terra and Musa on social media, calling the casting “whitewashing” because Terra (who is reminiscent of the “Winx Club’s” Latina earth fairy, Flora) and Musa (who is an East Asian fairy in the cartoon) are played by actresses who appear to be white.

When “Fate: The Winx Saga” Season 1 launched in January, an individual with knowledge told TheWrap that, should there be a Season 2, the hope was to bring the character Flora, who series creator Brian Young has said in interviews is Terra’s cousin, into the show. 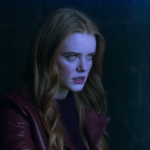 Young is continuing in his role as return as showrunner and executive producer for Season 2, with additional executive producers including Judy Counihan and Kris Thykier from Archery Pictures, and Joanne Lee and Cristiana Buzzelli from Rainbow.

Readers can find TheWrap’s interview with Cowen about what to expect in Season 2 right here.