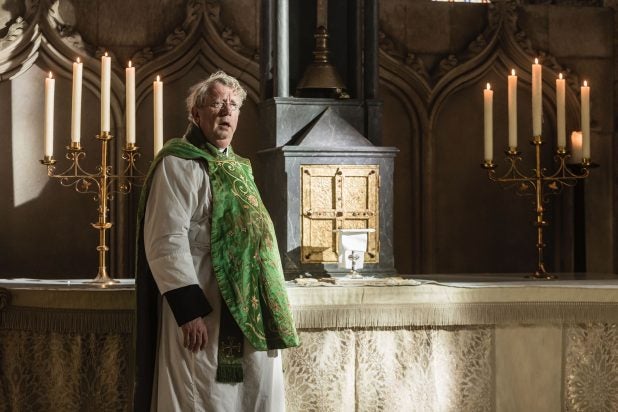 BritBox is expanding its content slate with two original series, a slate of live programming, and the introduction of the long-running series “Father Brown,” the company’s president Soumya Sriraman announced Thursday.

Speaking at BritBox’s TCA presentation, Sriraman introduced a new BritBox original series, “The Bay” and announced the acquisition of “Gavin & Stacey’s” 2019 Christmas Special, based off a British sitcom written by James Corden. Release dates for the two programs were not disclosed.

Starring Morven Christie (“Grantchester”) and Jonas Armstrong (“Ripper Street”), “The Bay” follows a family liaison officer who is assigned to a missing person’s case that becomes more personal than expected, which ultimately puts her wellbeing in danger. With two BAFTAs and three British Comedy awards under its belt, “Gavin and Stacey,” which follows the merging of two quirky families, returns for a one-hour special that will feature show creator Corden.

Joining the two shows are a slate of live content that includes coverage of one of the world’s largest arts festivals, the Edinburgh Fringe Festival. For three weeks starting Aug. 6, BritBox will provide event coverage from the ground floor of the event. The company will also be streaming “The Royal Variety Performance,” which is held annually in the U.K. to raise money for the Royal Variety Charity. Both programs will stream from BritBox’s NOW tab, which features live and near-live content.

“Today’s programming announcements reflect BritBox’s commitment to bring our audience the very best of U.K. programming, whether it’s brand new originals or proven favorites,” Sriraman said. “Our more than 650,000 subscribers come to BritBox seeking a premium U.K. entertainment experience and we are pleased to fulfill that promise each and every day.”

The streamer is also adding to its library Season 1-7 of “Father Brown,” which follows a crime-solving Catholic priest. Season 7 will start streaming Aug. 1, with the prior seasons to stream in the coming months. Additionally, BritBox will add the long-running mystery series, “Death in Paradise,” which follows a British detective that is transferred from London to the island of Saint-Marie in the Caribbean. BritBox says the show averaged 8.34 million viewers in the U.K., with each episode topping the day’s rating charts.

Created by BBC Studios and ITV, BritBox is a subscription video-on-demand service that offers one of the largest collections of British TV programming. Available across all major streaming devices like Roku and Amazon, the service costs $6.99 per month or $69.99 for the year.