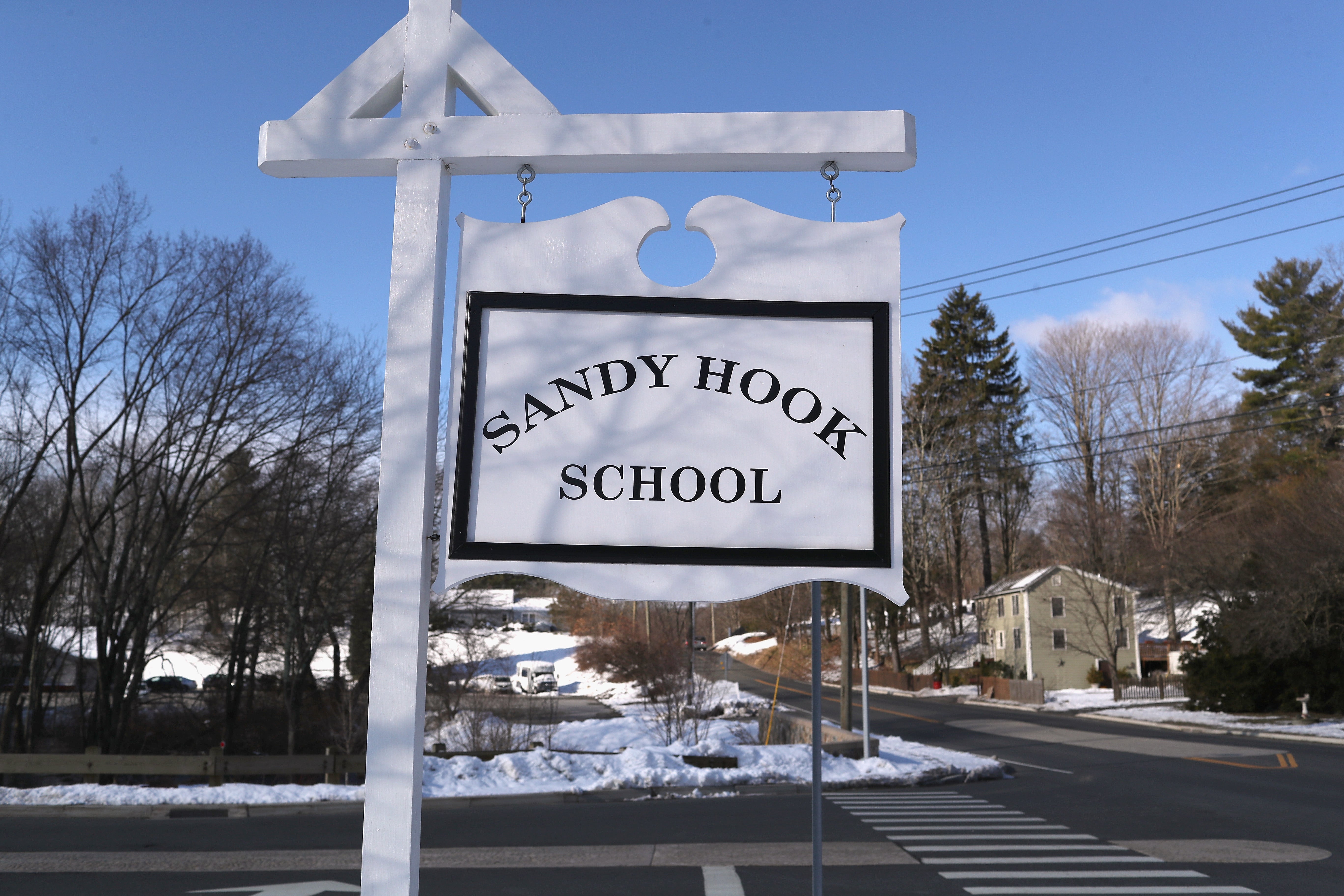 A Wisconsin jury on Tuesday awarded Lenny Pozner, the father of a 6-year-old Sandy Hook shooting victim, $450,000 in his defamation lawsuit against the co-author of the book “Nobody Died at Sandy Hook.”

The Jury determined that co-author James Fetzer must pay the amount after Pozner’s attorneys argued that the falsehoods contained in the book contributed to Pozner’s PTSD. Fetzer called the decision “absurd” and said he would appeal, according to the Wisconsin State Journal.

The award of damages comes four months after Dane County Circuit Judge Frank Remington issued a summary judgement that Fetzer and co-author Mike Palecek had defamed Pozner by falsely claiming that the death certificate for Pozner’s son, Noah, had been faked. Palecek settled out of court in September, while the book’s publisher, Moon Rock Books, settled out of court in June. The terms of those settlements have not been made public.

Pozner went to extraordinary lengths to prove the book wrong: His lawsuit included a redacted copy of the death certificate, and Pozner also provided public access to Noah’s birth certificate, report cards and medical records, Pozner told TheWrap after the lawsuit verdict was announced in June. He even took a DNA test to prove that Noah was his son.

“Jim Fetzer’s grotesque allegations were amplified to millions by Alex Jones and InfoWars. For over five years, InfoWars spread these lies for profit despite knowing Mr. Fetzer was mentally unwell,” Pozner’s attorneys Mark Bankston and Kaster Lynch said in a statement provided to TheWrap.

“The verdict against Mr. Fetzer shows that even minor figures in the Sandy Hook hoax harassment campaign can be held accountable for maliciously spreading lies,” they continued.

Fetzer did not immediately respond to a request for comment from TheWrap.

Pozner has also sued InfoWars radio host Alex Jones, who frequently promoted the conspiracy theory that the Sandy Hook massacre was faked on his show. About that suit, Pozner’s attorneys said: “The Wisconsin jury has spoken on the level of damage a bit player like Mr. Fetzer has done. Soon, a Texas jury will speak on the level of damage done to Mr. Pozner by Alex Jones, who copied Mr. Fetzer’s obscure rants and used them to make money on a massive scale.”

Since his initial fueling of the conspiracy theory, Jones has said he believes the shooting did occur, according to the Associated Press.