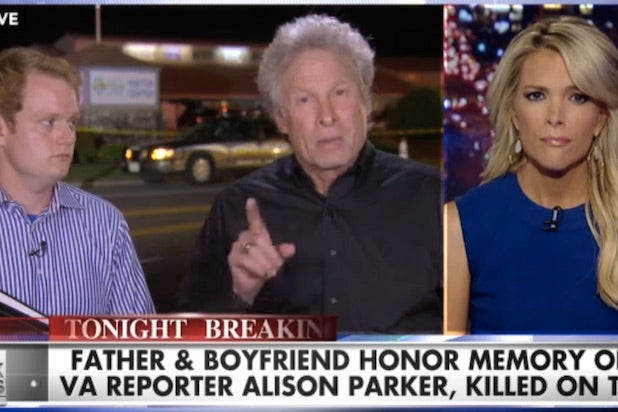 Andy Parker, the father of slain WDBJ reporter Alison Parker, penned an emotional op-ed for The Washington Post on Sunday.

“Last Wednesday, my daughter Alison was brutally struck down in the prime of her life by a deranged gunman,” he opened the piece with. “I plan to make my life’s work trying to implement effective and reasonable safeguards against this happening again.”

Parker’s daughter and her photographer Adam Ward were gunned down on the WDBJ morning show on Wednesday by former reporter Vester Flanagan, who posted video of the murder and rants on social media as he fled from police.

“We have to ask ourselves: What do we need to do to stop this insanity?” Parker continued. “In my case, the answer is: “Whatever it takes.”

Parker wrote that he plans to devote all his resources to make sure “some good comes from this evil.” Noting the magnitude of the NRA and its allies, he vowed to target legislators.

“We must focus our attention on the legislators who are responsible for America’s criminally weak gun laws; laws that facilitate the access dangerous individuals have to firearms on a daily basis.

He concluded with an emotional story of the last weekend of Alison’s life.

The weekend before she died, Alison was rafting on the Nantahala River in North Carolina with her mother; her boyfriend, Chris; her close friend Katy; and me. It was her favorite place on Earth. She was a brilliant kayaker and it was a family tradition she relished. We told each other often the mantra all paddlers must keep in mind while fighting the force of the rapid water: