A documentary filmmaker trying to hand over incriminating photos of Charlottesville neo-Nazis to the FBI told TheWrap that the agency has been dragging its feet. 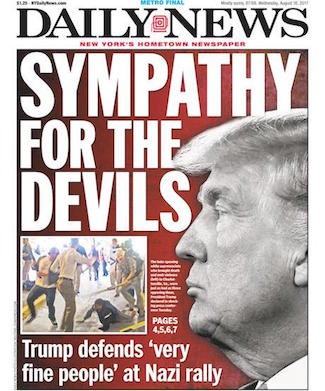 The pictures, showing a group of white men beating a black Charlottesville schoolteacher with metal poles, were picked up by major news outlets including the Washington Post and the New York Daily News. The high-resolution photos could help identify the perpetrators. But filmmaker Greg Palast said getting them to the FBI has been surprisingly difficult.

“I’ve worked with law enforcement many times,” Palast told TheWrap. “I know when an investigation is moving fast. This is moving in slow motion.”

In a statement to TheWrap, an FBI official said the agency could not comment on continuing investigations but was “dedicated to bringing those responsible for events that occurred in Charlottesville to justice.”

One woman was killed and more than a dozen people were wounded in the white supremacist rally in the Virginia town earlier this month. Among those injured was a black man named DeAndre Harris who was brutally beaten in a parking lot right next to the Charlottesville police station.

Harris sustained severe injuries during the attack, including head gashes, a broken wrist and a chipped tooth. Palast’s associate, photographer Zach Roberts, was able to get close enough to snap images of the men’s faces.

Roberts posted a photo of the beating on Twitter soon after the incident. The image quickly went viral, garnering more than 21,000 retweets. Dallas Mavericks owner Marc Cuban shared the photo, tagging all major broadcast networks and the man overseeing the FBI, Attorney General Jeff Sessions, urging them to “please find this man, see if he’s ok and tell his story.”

But despite the picture’s worldwide exposure, there seemed to be little interest from authorities, Roberts said.

“It’s perplexing,” Roberts told TheWrap. “The media began contacting me immediately asking me for the pictures. But no one from law enforcement bothered to call.”

Can you please find this man, see if he is ok and tell his story. https://t.co/zTxfvTmwwE

Roberts said he also notified the Charlottesville Police Department that he had pictures of the attack just moments after the beating took place. He said he finally got word from the Charlottesville police on Monday, more than a week after the attack telling him to “feel free” to contact them if he’d like. (A spokesperson for the department did not immediately respond to TheWrap’s request for comment).

Confused, Palast tried calling the agency’s tipline. But it was either busy, or took him on trip down a rabbit hole. 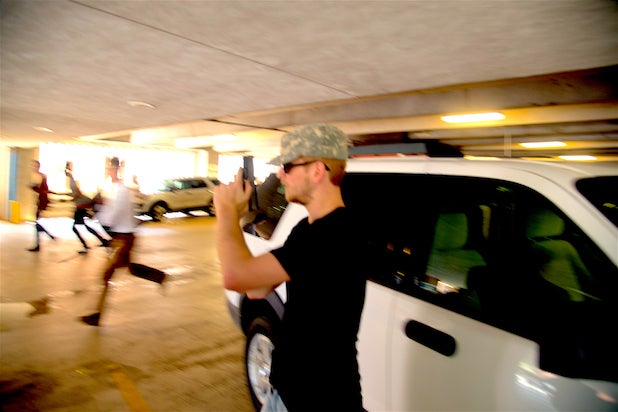 According to the photographer, the man in the picture aimed his pistol in the direction of DeAndre Harris. Photo: Zach Roberts

After calling his contacts directly, Palast, an investigator whose work has been featured by Rolling Stone and the BBC, was promised someone would call him back. He got one after three days.

A special agent took down Palast’s information and asked if Roberts could upload his high-resolution images to an agency website — which proved incapable of accepting large files. Roberts said the special agent then instructed him to upload the pictures through a different system.

After a long back and forth, Roberts said he was finally able to upload about two dozen pictures on to the site — a small number of the photos he was hoping to pass along.

Even though Roberts was an eye-witnesses – and says he was attacked himself by one of the men — the FBI never asked for an official statement.

“I spent 25 minutes on the phone with the FBI,” Roberts said. “He never asked me one question about what happened.”

Roberts said he told the FBI that he’s been getting death threats online, to which the FBI agent responded: “Got it.” 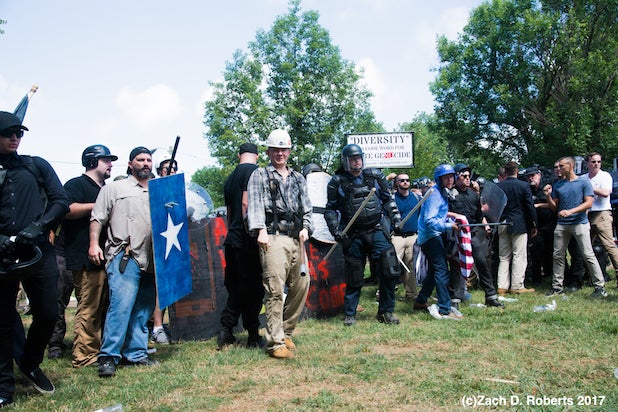 Roberts has been working with New York Daily News writer Shaun King to try to identify the men in the pictures with the help of King’s vast social media network.

Identifying suspects via social media is fraught with problems — a University of Arkansas professor has already been misidentified, and Reddit users did lots of soul-searching after users of the site misidentified suspects in the Boston Marathon bombing in 2013.

Still, Roberts says his and King’s efforts have yielded two names they have shared with the FBI. Roberts has no idea if the FBI has acted on the information.

Here is the FBI’s full statement: “Hate crimes are not only an attack on the victim, they are meant to threaten and intimidate an entire community. Because of their wide-ranging impact, investigating hate crimes is a high priority for the FBI. The FBI takes all tips seriously and is dedicated to bringing those responsible for events that occurred in Charlottesville to justice. The FBI collects tips in several ways, including through 1-800-CALL-FBI, the FBI tip website, and investigative means. While we cannot comment on current investigative actions, the FBI is committed to investigating crimes that are potentially hate-motivated.”