The “FBI” Season 4 finale, which was pulled following the mass shooting that took place at Robb Elementary School in Uvalde, Texas, on May 24, has been rescheduled for airing on Oct. 4 at 8 p.m. ET, TheWrap has learned.

The episode, titled “Prodigal Son,” explores how agent Jubal Valentine (Jeremy Sisto) and the FBI team are working to prevent a shooting, and an individual with knowledge of the matter said no mass violence is depicted onscreen. 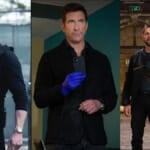 In one of the deadliest school shootings in history, a gunman took the lives of 19 children and two educators. A month later, it was announced that the school where the shooting took place would be demolished and rebuilt.

“FBI,” the CBS procedural from Dick Wolf Productions, airs alongside spinoffs “FBI: International” and “FBI: Most Wanted.” It had its Season 5 premiere Sept. 20.

According to TVLine, which first reported the news of the rescheduling, the premise of the episode in question is as follows: “As the team investigates a deadly robbery that garnered a cache of automatic weapons for the killers, they discover one of the perps is a classmate of Jubal’s son, who is reluctant to cooperate with the case.”

In a previous interview discussing the finale, Sisto told TheWrap that the story explored “a really, really complicated [look at] parental and relationship stuff.” In the CBS series, Valentine’s son Tyler (played by Caleb Reese Paul) is in his early teens. The actor called the episode, which was written by showrunner Rick Eid, “really nuanced in the way that [it deals with] his relationship and Jubal’s feelings about being a father and being an ex-husband and a partner in parenthood. The stakes are insanely high.” 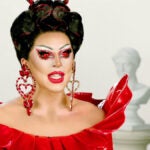